Pakistan has seemingly ensured that no Ahmedi demographic, including the dead, are spared the harsh reminder that they do not belong

“That looks very biblical,” I said out loud while approaching the place Ahmedis call their sanctuary, Rabwa. Incidentally, the name of the city was changed by the state to Chenabnagar, because Rabwa translated to ‘land of God’ and divinity and its access was prohibited for Ahmedis. I wanted to observe what is it like for them living banished in their own country, with their mosques attacked, children put on non-Muslim lists on result sheets, voters added on separate voter lists and their graves desecrated. Pakistan has seemingly ensured that no Ahmedi demographic, including the dead, are spared the harsh reminder that they do not belong.

It really did look like one of those mountains where a possible burning bush would appear. Accompanied by my family, we stopped and asked a person who had set up camp on one of the roads how one got to the headquarters. He told us where to go and then took down the car number in a dog-eared old register. He could possibly be the Ahmedi Jamaat representative, but was more likely to be an intelligence officer. They have deployed men to keep under surveillance their own citizens, perhaps because the ace organisation has already successfully rid the country of terrorism, and had to put its overstaffing to some use.

While waiting at a street corner for the host to guide us to the guest house, I saw a man with a signature Jinnah cap riding a bike purposefully and a few young women in burkas got off to photocopy their examination notes. Their disposition was conservative. We drove by international heart centres and hospitals.

Before turning in, one had a sensory overload of Sunni Muslim organisations in the vicinity. Their boards formed a mini-Times Square look: Sunni Tehreek, Khatm-e-Nabuwat and others. What they didn’t have in neon they made up in the form of loudspeakers. Their presence was that of a guard dog; mauling was not just an option, it was a preferred action. The message was loud and clear: don’t step out of line.

Not all persecution needs to happen in gas chambers. There is a far more damaging kind that can be orchestrated. Pakistan’s population of madrassa-diet youth number in the millions. One need not do anything other than let them taste blood by telling a story that requires revenge.

The story goes something like this: Ahmedis are apostates and attack the very sanctity of the core principles of Islam. It’s pretty convincing, especially if you are unemployed and brainwashed.

The state’s attack on Ahemedis is horrific, but what is unforgiveable is the fact that the media is deliberately made to become an echoing chamber for the hatred towards this community, a magnifying point to consolidate the frustration of everything wrong with the perception of the faith globally.

According to the Ahmedi Jamaat’s media and monitoring cell, there have been a total of 6,808 news stories in the press inciting hate against the community since 2007. There were a total of 1,468 stories in 2010 alone. These stories are reminiscent of the witch-hunt days in Salem, Massachusetts. Detailed accounts of how the community operates, assembles and promotes their faith, all of which are freedoms guaranteed to them under the Pakistan constitution and the UN Charter, are outlined as anti-Islam activities in these news stories, clearly making the community a target. 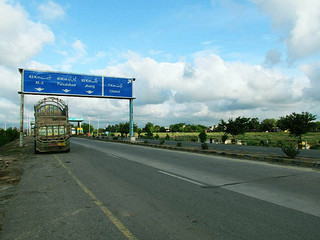 The Urdu press in Pakistan is particularly vitriolic, mostly comprising of accounts of how Ahmedis were committing blasphemy under Section 295-C via their publications. Often these pieces are one-sided and hyped against journalistic standards. This has led to a ban and seizure of the only Ahmedi magazine that was distributed only using their own independent hawkers.

The blasphemy law in Pakistan is responsible for putting numerous minority community members under the gun. Rather than prevent religious hate and the inciting of sentiment, it persecutes the victim, who is often falsely accused to avenge personal animosity. Hundreds of Ahmedis are currently in jail facing these false charges. Fuelled by a justice system and law enforcement system that encourages this endorsed murder, the public sentiment absorbed from the media is quick to flame.

Academics argue that Ahmadis cannot claim to be part of a group (of Muslims) that has a social construct that opposes their beliefs. But this by extension is bad logic, because there will be no end to the exclusion lists that can be created by self-imposed purists of a faith. It is no business of anyone judging what remains in the fold of a religion as long as a person feels they belong in it. And granted many academic /theist debates can keep them within the fold of Islam or outside it but that is where the debate belongs, not in the media, the police stations, the classrooms and even the bakeries. 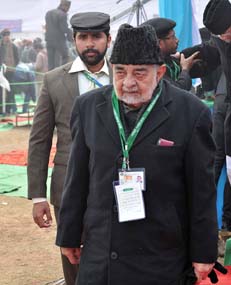 The Ahmadi community’s response has been inspiring. Led mostly by level headed community leaders, they understand that they have to push back at the regressive media propaganda for posterity, and the best way to do that is to keep their means of communication open. They have an international TV channel called MTV to which they feed programmes on local issues through a lean but competent team of volunteers and workers.

When a TV show recording on the media’s role in persecution ended at their studio at Rabwa, I struck a conversation with one of the volunteers. “It’s amazing that people who are not Ahmedis support our cause given the attack that they will undoubtedly come under. But why would you do it?” he asked.

Dismissing that enough has been done, I explained, “I want to raise my children here. I know if we go on like this they will be next.”

I took my children to the grave of Dr Abdus Salam. A peaceful cemetery lay at the feet of those glorious mountains. His tombstone was white-ed in parts that referred to him as Muslim. Now it erroneously read that he was the first Nobel Laureate instead of the first Muslim Nobel Laureate.

As I took a picture of my daughter smiling next to the historical grave, I thought of the weight that anyone in this country would feel if they were persecuted under the might of this oppressive self-righteousness, and prayed silently that it would all disappear and be just one bad joke. Maybe in my daughter’s lifetime?