US ‘very concerned’ over Pakistan’s crackdown on Ahmadis 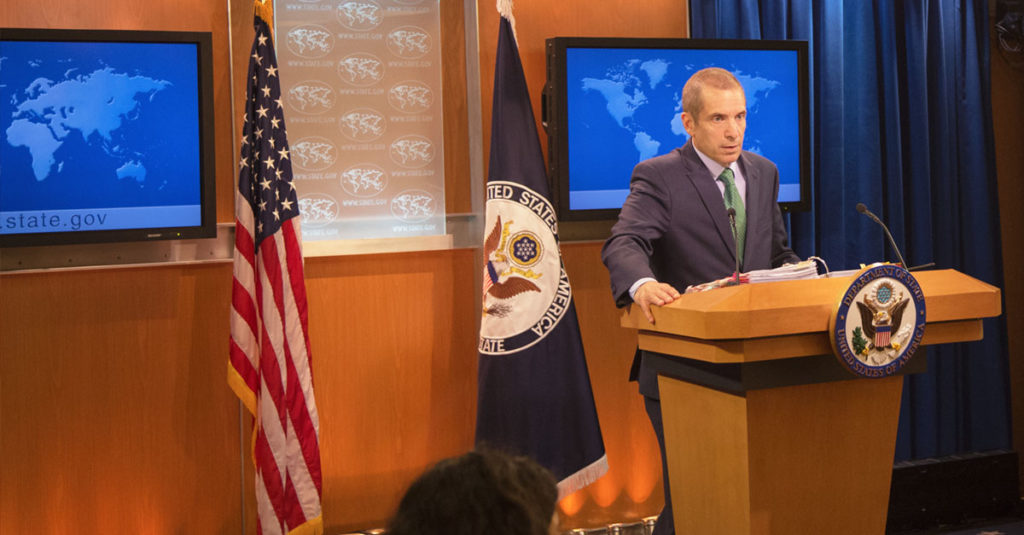 The U.S. Government criticized Pakistan on Friday for raiding the International Headquarters of the Ahmadiyya Muslim minority in Chenab Nagar (Rabwah).

“We are obviously very concerned about these reports [that] the Punjab counter-terrorism police have raided the international headquarters of the Ahmadiyya Muslim community in Rabwah and arrested 4 individuals for publishing literature.” 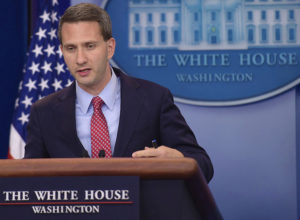 Responding to a question about Pakistan’s attack on Ahmadi Muslims and other minorities earlier in the day, White House spokesman Eric Schultz said:

Earlier this week, Pakistan’s counter-terrorism department raided the Vatican-like Islamic city of Rabwah that houses the International Headquarters of the Ahmadiyya Muslim community. The security forces brutally assaulted Ahmadi workers during the raid and arrested 4 of them on charges of blasphemy. They later charged another 5 under Pakistan’s infamous anti-Ahmadiyya laws.

“We have regularly noted our concerns about Pakistani laws that restrict peaceful religious expression, particularly by the Ahmadiyya community.”

“We believe such laws are inconsistent with Pakistan’s international obligations and we would urge the Government of Pakistan to protect religious freedom and basic rights of all members of its population, including religious minorities.”

“USCIRF condemns the brutal raid on the Ahmadiyya offices, the first such raid since Pakistan amended its constitution 42 years ago, declaring that Ahmadis are ‘non-Muslims.’ These actions flow out of Pakistan’s constitution and penal code, both of which impede religious freedom as they prevent Ahmadis from exercising their faith and even calling themselves Muslim. Pakistan’s anti-terrorism law should not be applied to the peaceful Ahmadiyya community simply because they are Ahmadis.”

In 1989 and again in 2008, Pakistani authorities charged residents of Rabwah, including women and children, for committing blasphemy by putting up public lighting displays to celebrate their Community’s centenary anniversary.

In 2012, Chenab Nagar police tortured to death a 43-year-old Ahmadi school teacher, and in 2014, a U.S. doctor, Mahdi Qamar, was shot 10 times at close range in the very same town.

Beliefs of the Ahmadiyya sect of Islam are considered heretical by mainstream Muslims and extremists have repeatedly attacked Ahmadi Muslims in Muslim-majority countries, such as Pakistan and Indonesia.

In 1974, Pakistan became the first country to declare Ahmadis “non-Muslim” by a constitutional amendment.

In 1984, Pakistan made it a criminal act for Ahmadis to “pose as Muslims” or to act in an “Islamic way.” Under current laws, Ahmadis can be jailed for possessing Quran, the Muslim holy book. Pakistani authorities have convicted Ahmadis saying the Islamic greeting of “Salam” or for having Quranic inscriptions on their wedding cards.