U.S. Thanks Pakistan for rescuing American-Canadian family from Taliban 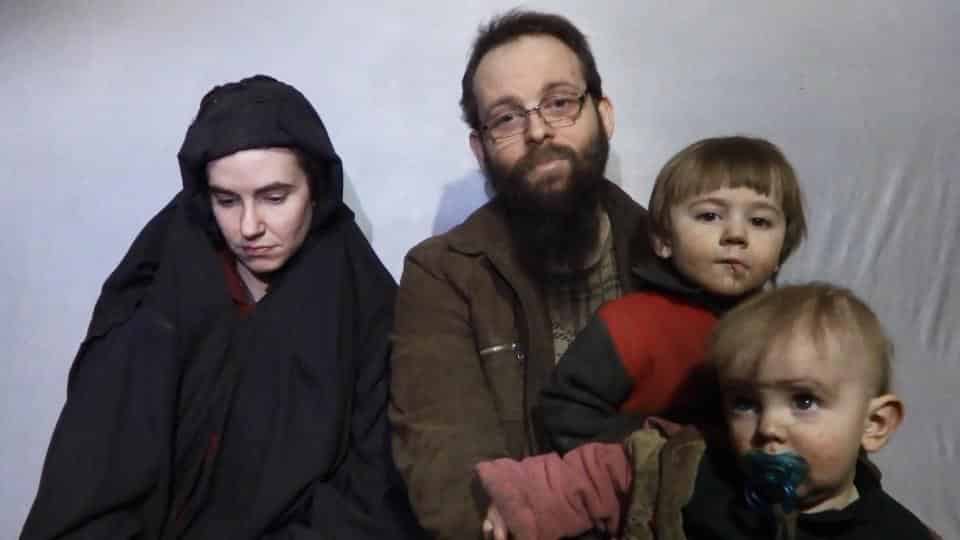 U.S. has thanked Pakistan for helping secure the release of a Canadian man, his American wife, and their three young children. In 2012, the family was taken hostage by the Haqqani network. Their three children were subsequently born in captivity.

I applaud the innumerable lines of effort from across the U.S. Government. I’m particularly proud of Ambassador Hale and his Mission Islamabad team for their engagement with Pakistan. These efforts reflect the best of what America can accomplish.

The United States also expresses our deep gratitude to the Government of Pakistan and the Pakistani Army for their cooperation. President Trump’s new South Asia strategy recognizes the important role Pakistan needs to play to bring stability and ultimately peace to the region. The United States is hopeful that Pakistan’s actions will further a U.S.-Pakistan relationship marked by growing commitments to counterterrorism operations and stronger ties in all other respects.

In a statement, the Pakistan Army said the hostage recovery was made possible due to the “actionable intelligence from US authorities.” The statement said:

The success underscores the importance of timely intelligence sharing and Pakistan’s continued commitment towards fighting this menace through cooperation between two forces against a common enemy.

"US intelligence agencies had been tracking them." Pakistan army statement on Canadian hostage. pic.twitter.com/QiiyhwJOdF

In the past few U.S. has criticized Pakistan for failing to aggressively go after the Haqqani network, who have been behind many attacks against U.S. and allied forces in Afghanistan.