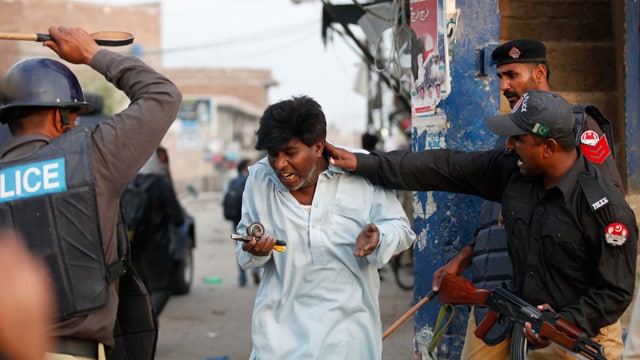 The U.S. Bureau of Democracy, Human Rights, and Labor has expressed concern over Pakistan’s human right record over the past year. In its annual country report on Human Rights Practices, the U.S. pointed out significant human rights issues which included targeted killings and forced disappearances. It also condemned Pakistan Government’s restrictions on freedom of religion and discrimination against religious minorities.

According to the Bureau, Pakistan’s “Security forces reportedly committed extrajudicial killings in connection with conflicts in Punjab, Balochistan, FATA, Sindh, and KP.” The report also blamed the security forces for forced disappearances.

There were kidnappings and forced disappearances of persons from various backgrounds in nearly all areas of the country. Some police and security forces reportedly held prisoners incommunicado and refused to disclose their location.

In January, five social media bloggers disappeared, triggering a public outcry against the government, which was widely believed to be responsible for the abductions. Several weeks later, four of the five bloggers reappeared; as of December, one of the bloggers, Samar Abbas, was still missing. In October, one of the four bloggers who returned home publicly claimed he was tortured by a state intelligence agency during his disappearance.

The report openly detailed restrictions on Religious Freedom of Christians, Shias and Ahmadis :

Multiple Ahmadiyya community members died in what appeared to be targeted killings. Unknown gunmen killed three Ahmadis in three separate attacks on March 30, April 7, and May 3.

The Ahmadis have also been refused the right to hold public gatherings, which was noted in the Freedom of Peaceful Assembly section:

Authorities generally prohibited Ahmadis, a religious minority, from holding conferences or gatherings. Ahmadis cited a December 2016 Punjab provincial police raid on the Ahmadiyya Muslim Community headquarters in Rabwah as evidence of worsening conditions for the community. In May an antiterrorism court sentenced two Ahmadis who were arrested during the raid to three years in prison.