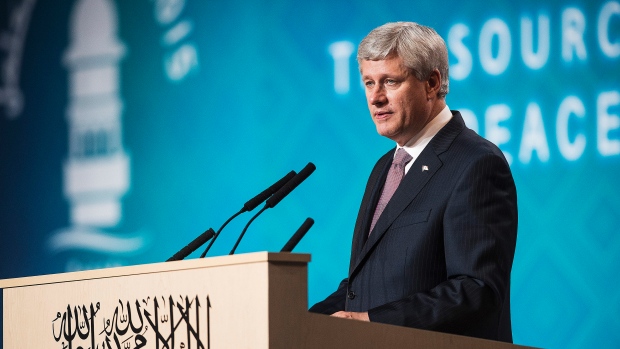 “Last October, we had the brutal experience of ISIS-inspired violence on our own soil,” he said, a reference to the deadly Oct. 22 shooting on Parliament Hill.

“As we all know, these shocking acts were perpetrated by killers claiming to act in the name of Islam. How important it was that the Ahmadiyya Muslim Jama’at Canada quickly, categorically and unequivocally condemned the attacks and the terrorist who committed them.”

He also thanked the group for its campaign against youth radicalization.

“By your words and by your actions, Canada’s Ahmadiyya community has earned the respect and the admiration of all Canadians.”

The conference, which is also called the Jalsa Salana, is a three-day event which attracts both Muslim and non-Muslim attendees from around the world. Similar conventions take place in London, U.K., the United States, Germany, and other places around the world.

“Among the members of the Ahmadiyya Muslim Jama’at, loyalty to the country is a tenant of the faith,”

Choudhry also said some of the “key presentations” will deal with topics such as Islam’s compatibility with the West, freedom of speech and freedom of religion, radicalization, and world peace.