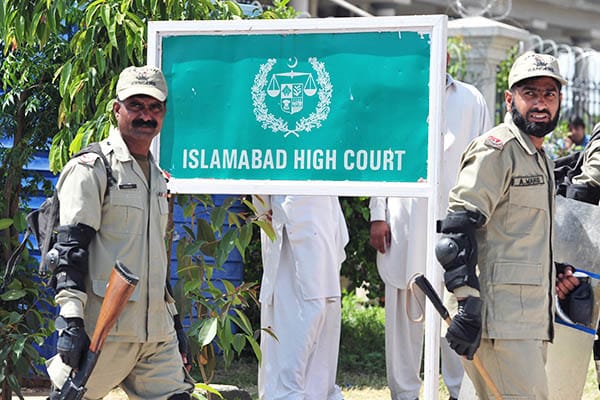 A Pakistani court has ordered the government to create a database of non-Muslims employed by the Government. The order was given in response to a petition filed by an Islamic cleric.

In a petition submitted to Islamabad High Court, Islamic cleric Allah Wasaya of Tehreek-i-Khatm-i-Nabuwwat demanded that the court:

Direct the respondent No.3 [Federal Government] to maintain, henceforth, a separate database of individuals belonging to Qadiani group/Lahori group entering in civil service so that in future they may not be posted in offices involving sensitive matter(s) such as raised in the instant petition. 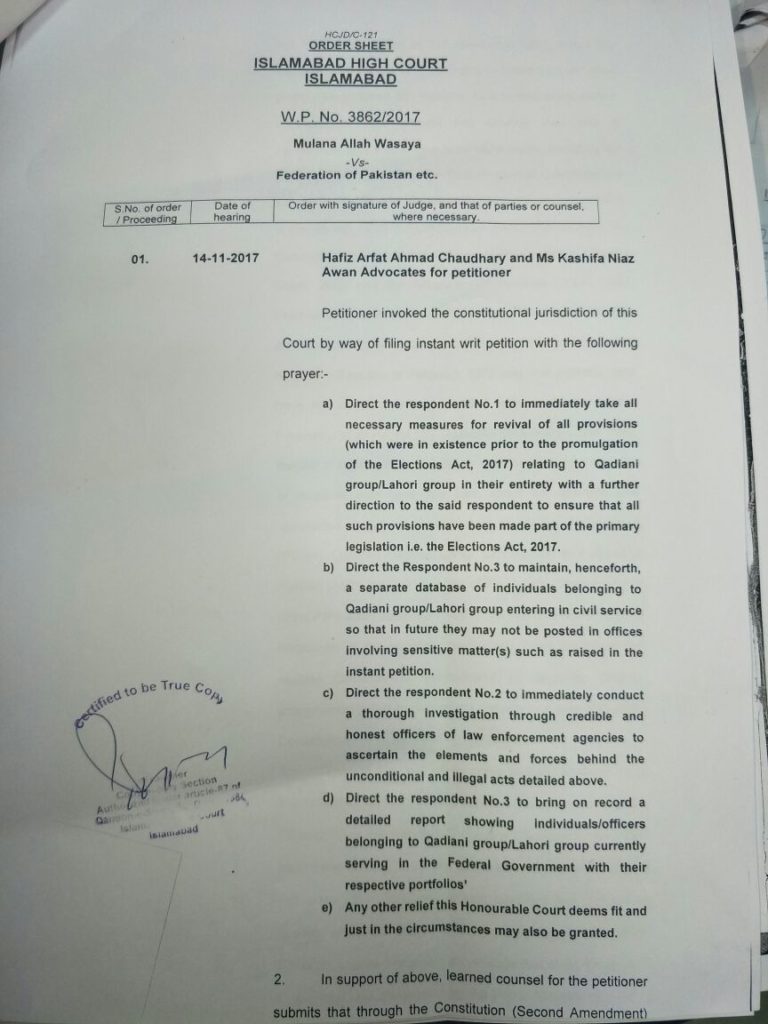 Ahmadis who claim to be Muslim are considered heretics by the majority of the Muslims and have been declared ‘non-Muslim’ under the Pakistani constitution. Responding to the request Justice Shaukat Aziz Siddiqui gave the federal government 14 days to submit a reply regarding the request for a database.

Wasaya filed the petition in reaction to a controversial change of oath in Pakistan’s electoral law ─ which according to clerics like him would have allowed the Ahmadis to take part in the election process as Muslims, the government declared it a ‘clerical error’ and subsequently reversed the change.

Meanwhile, on Thursday member of Punjab’s Provincial Assembly (MPA) Ilyas Chinioti, introduced a separate bill demanding a ban on recruitment of Ahmadis in the country’s army, add and print religion column on the national identity card and to celebrate 7th September, the day Ahmadis were declared as non-Muslim, as a National Day. The petition was jointly submitted by MPA Ilyas Chinioti and MPA Ghulam Nizam-ud-Din Sialvi.

The court order wasn’t received well in the Paksitani Twittersphere with one Twitter user claiming it was “abetting possible genocide”.

Pakistanis would outrage when Trump calls for a Muslim database and approve of a ahmedi database in their country and then the courts would order the govt to hand over the database to the religious extremists.

Justice Shaukat Aziz Siddiqi orders govt to submit reply w/in 14 days on Trump-inspired database for minority Ahmadis. The entire world is moving towards the right and some puppets are pushing us right in that direction too. https://t.co/w2OKJY1e2t

Mullah's ask for a database of Ahmedi employees – by entertaining the mere thought of it, you are basically abetting possible genocide. https://t.co/AKKybBmzFw