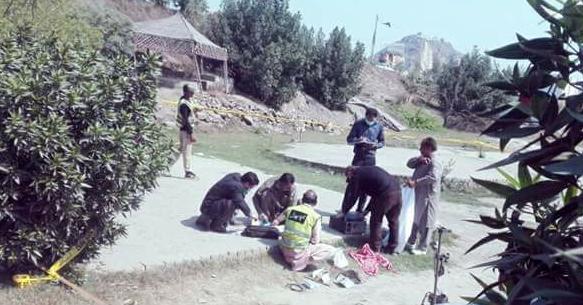 Pakistani Security forces foiled a potential terror attack in the Ahmadiyya town of Rabwah on Saturday.

According to local media reports, the CTD (Counter-Terrorism Department) raided a vacant Government building adjacent to a Police post and arrested at least one suspect. The CTD also recovered explosives and detonators hidden inside a desktop computer.

The suspect was arrested from ‘Muslim Colony’, an ‘illegal settlement’ of Muslims set up by the Pakistani Government which is considered a no-go area for Ahmadis.

A Police official who spoke to Rabwah Times on condition of anonymity said:

“The recovered explosives were enough to bring down a large building”

The town of Rabwah has the highest concentration of Ahmadis in Pakistan. Ahmadis who are followers of Ahmadiyya, a minority Islamic sect are considered heretic and ‘worthy of death’ by mainstream Muslims.