Pakistani Ahmadis travel to India for a week of freedom 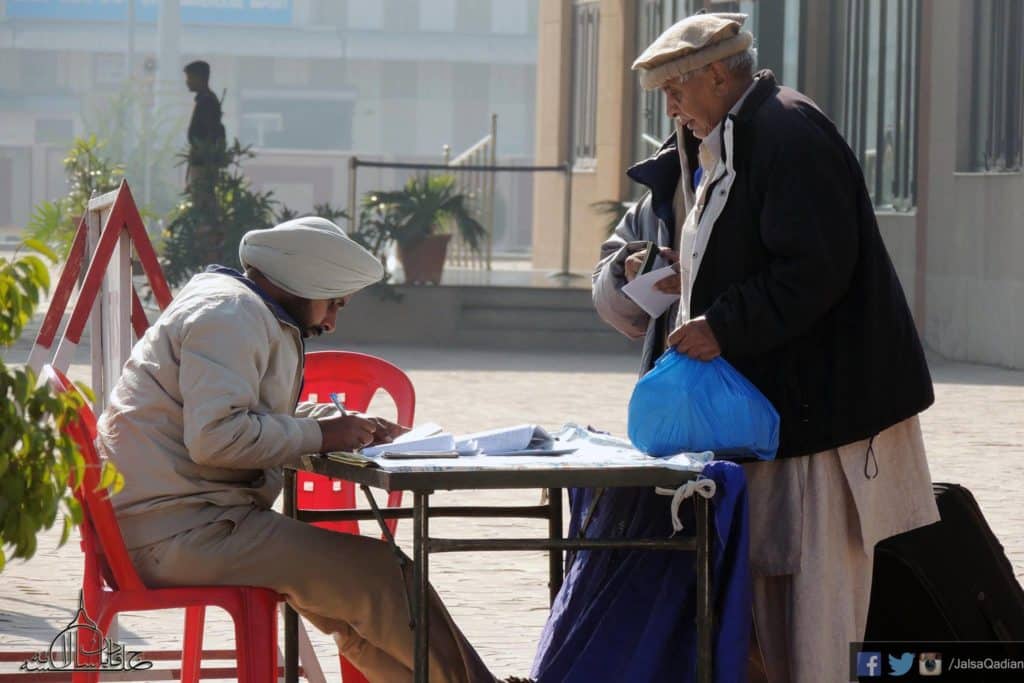 On Saturday hundreds of Pakistani Ahmadis walked into India to experience a week of religious freedom in the secular republic. The group was part of the 1,800 Ahmadis who have been given visas by the Indian government to attend their annual convention in the Indian Punjab.The three days event will run from 29th to 31st December.

The annual event is significant for the Ahmadis from Pakistan who saw their faith outlawed by Pakistan in 1974, while their annual gatherings were subsequently banned in 1984. This is why many of them each year make the journey from Pakistan to Qadian, India, a town 65miles east of Lahore.

Long lines on #Wagah border between India & Pakistan as thousands of Pakistani #Ahmadiyya Muslims cross into India to attend their annual convention which was banned by Pakistan in 1984 https://t.co/a6w6uKUr4P pic.twitter.com/62Z0ZqFvLe

Pakistani Ahmadis travel to India for a week of freedom https://t.co/a6w6uKUr4P pic.twitter.com/iDC4esHL74

During their time in India, they get to enjoy a week of religious freedom where they can freely offer five daily prayers and greet each other with the Islamic greetings, small acts which can land them in Jail back home.

The Ahmadis who identify themselves as Muslims are unable to practice their faith in the Islamic republic and each year in December thousands of them make their way to India to attend the annual Ahmadi convention in Qadian, a town 65miles east of Lahore.

In 2016 India issued over 5,000 vias to Pakistani Ahmadis but not a single one of them could attend the event due to security concerns, however, an estimated 6,000 Ahmadis attended the same conference back in 2015.

The surge of Pakistani visitors in the town of Qadian can be compared to the Pakistani town of Nankana Sahib which also hosts a large number of Sikhs pilgrims from India.