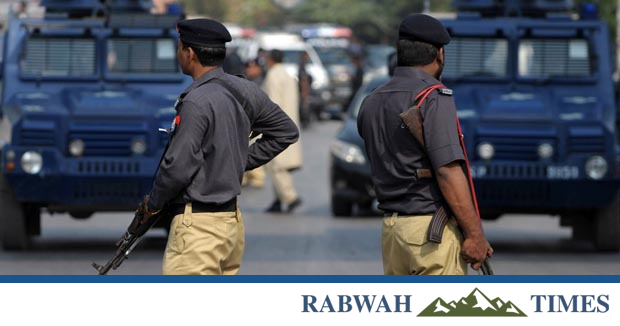 Police in Pakistan’s southern district of Badin have arrested a terror victim for terrorism after he was injured in a terror attack. 12-year-old Imran Gurgez was arrested along with 4 of his family members after a pipe bomb was thrown at their house. Gurgez belongs to the minority Ahmadiyya sect of Islam which is heavily persecuted in Pakistan.

Imran’s uncle Akbar Gurgez said “Imran was sitting on the roof when a plastic bag was thrown onto the roof, the bag had a battery and a few other things, soon after a small-scale explosion took place and due to the explosion Imran’s feet and hands were wounded.”

After the incident, the Gurgez family informed the Police, who came and took away the injured boy along with his father, Ali Asghar Gurgez and three other family members. Soon after the Police registered a case against the family members under Pakistan’s Anti Terrorism and Explosives Act.

Akbar Gurgez said “We are Ahmadis, therefore we are being implicated in this false case which is part of a deep-rooted conspiracy. We feel very insecure here,”

In the past Ahmadis have been booked under the Anti Terrorism act for selling books. Badin is a stronghold of the Pakistan People’s Party which introduced the anti-Ahmadiyya legislation into the Pakistani Law.

This family is being targeted in a planned manner, and the boy who has been arrested is only 12-13 years old. How would a boy this young be able to create explosives and detonators ? They are not involved in any terror activities.