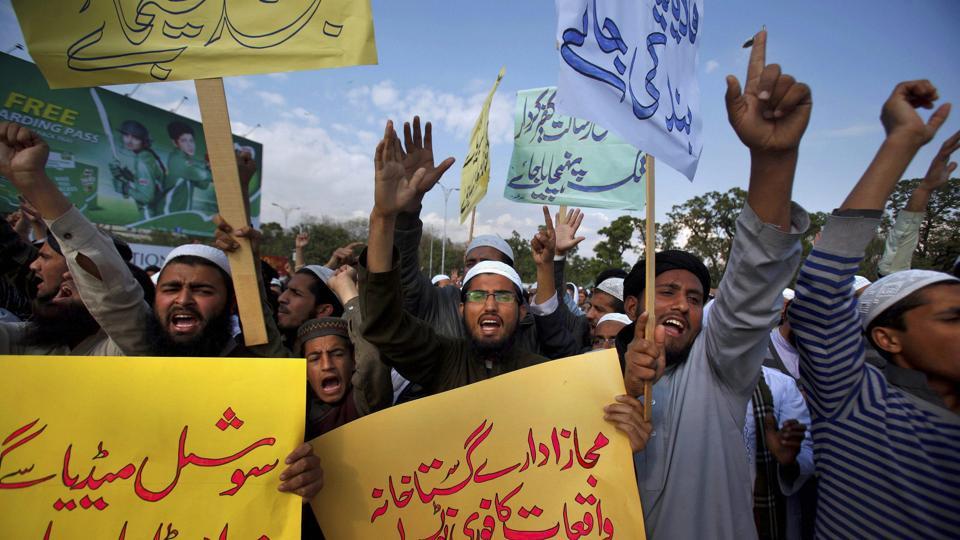 Prakash Kumar, a Hindu business owner  was arrested under Sections 295-A and 295-C of Pakistan’s penal code for allegedly sharing a blasphemous image on WhatsApp, a popular messaging application.The police station where Prakash was being held was attacked by an angry mob, led by an influential religious cleric and a politician from the ruling Pakistan Muslim League party, demanding that police hand him over so they could “punish” him.

“HAF is extremely concerned about the fate of Prakash Kumar and is in direct touch with U.S. State Department officials about his case.”

“Pakistan’s archaic blasphemy laws have been used to charge and imprison over a thousand people since the laws were incorporated into the Constitution in 1986, while extremists have used the provisions as a pretext and justification to routinely attack religious minorities and other Pakistani citizens,” said Samir Kalra, Esq., HAF’s Senior Director and Human Rights Fellow.

Vigilante mob violence is not uncommon in Pakistan. This latest incident came shortly on the heels of the lynching death of a college student, Mashal Khan, as well as the kidnapping of several bloggers, all accused of blasphemy.

Similarly, in July 2016, two Hindu boys were shot by a mob and a number of Hindu businesses and shops were ransacked in Ghotki, Sindh, after a mentally unstable man reportedly burned pages of the Quran.

In a separate incident, the Rama Pir Hindu temple in the town of Gharo in the southern Sindh province was attacked by unknown assailants last week, who desecrated the temple’s murtis (physical embodiments of Hindu deities) and dumped them in sewage lines.

The Hindu American Foundation has documented the impact of the blasphemy laws and religious violence on Hindus and other religious minorities in Pakistan in its upcoming annual human rights report, set to be released later this month.