From Myanmar’s Rohingyas to Pakistan’s Ahmadis 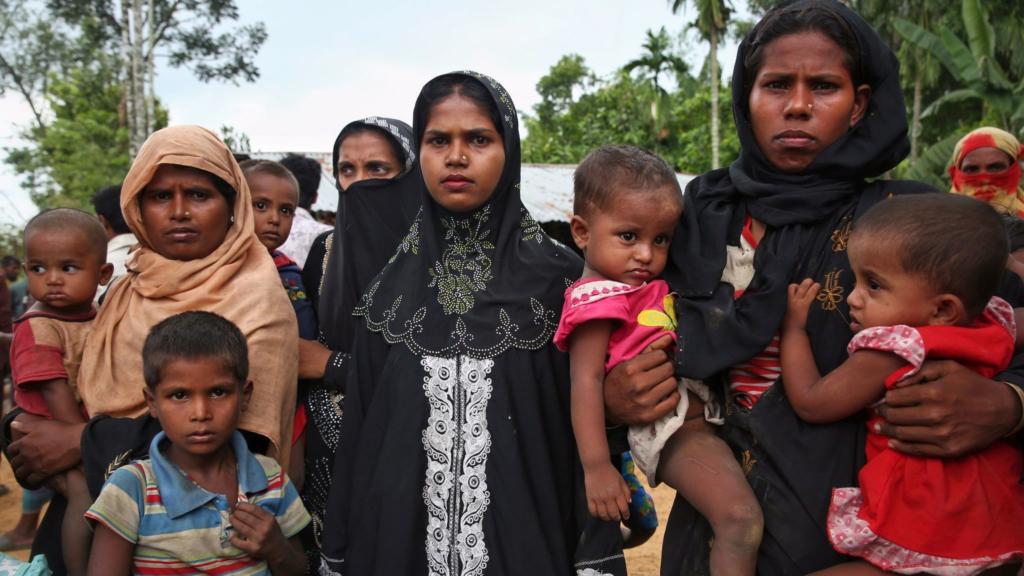 There was much hope associated with Aung San Suu Kyi. A mild looking woman taking on the Myanmarese military establishment, determined to restore democracy in her country. With her emphasis on non-violent political philosophy she was seen as a reincarnation of Nelson Mandela, Martin Luther King Jr and Mahatma Gandhi. But then she came to power and the idealism constructed around her began to evaporate.

In October 2013 when she was pressed on her silence on the Rohingya issue in Myanmar by the BBC journalist Mishal Husain, she is believed to have muttered off-air, “No one told me I was going to be interviewed by a Muslim.” She caused another controversy a few weeks ago when the Foreign Ministry of Myanmar, of which she is in-charge, requested the international community to not refer to the persecuted Muslim minority of the country as Rohingya.

This is an old demand of the hard-line Buddhist nationalists of the country who instead would want to call them Bengali. In fact in 2014 census the community against its wishes was forced to be identified as Bengali. Harmless as the suggestion might sound its aim is to disenfranchise a community, which would have far reaching political consequences. The term Rohingya suggests that these are residents of the Rakhine State of Myanmar. The acceptance of the term would imply that the community belongs to particular areas of Myanmar, a troublesome prospective for hard-line Buddhist nationalist who want to redefine the state increasingly as a Buddhist nation. The term Bengali on the other hand identifies them as foreigners in the land of the Burmese. It makes it easier to disenfranchise them and remove them from this Buddhist land. 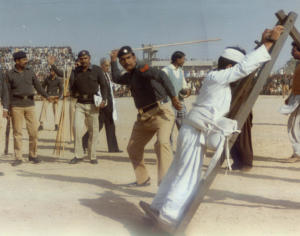 The political connotations of certain titles and names are something that is exploited by nation-states all across the world for their advantage, in their attempt to construct a national identity. Another example comes from another holy land that too wants to define itself solely on the basis of one dominant religion, much like Myanmar. Last year, the Capital Development Authority of Islamabad decided to raze a katchi abadi from the city which it alleged to be an “illegal” community harboring “terrorists”. Over the course of a single day about 5,000 houses were destroyed displacing thousands of its residents. To control the public narrative the government authorities named the katchi abadi “Afghan Colony”. The abadi had first been established by Afghan refugees of the 1979 war but since then had been occupied by the displaced Pathan families from the tribal areas, affected by the war on terror. There were only a handful of Afghan houses in the entire community yet the name stuck.

As officials were grilled on national channels about their abrupt actions they stuck to the epithet creating an impression that the colony houses Afghan refugees. In a post-Peshawar attack environment, there was not much sympathy for the Afghan refugees making it easier for the Pakistani government to implement its plan without much hue and cry from the general population. 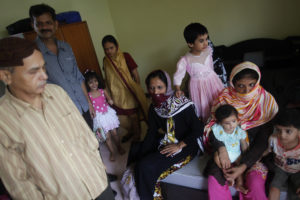 The Ahmadis in Pakistan face a similar fate to the Rohingya community in Myanmar. The community lost its spiritual headquarters to the arbitrariness of the Radcliffe Award, so after Partition they chose the town of Rabwah as their centre. The word Rabwah is mentioned in the Quran and means an elevated place. In 1974, the Parliament of Pakistan declared Ahmadis to be non-Muslims. Amendments to the constitution in 1984 barred the Ahmadis from “posing” as Muslims, making it illegal for them to declare themselves Muslims, call their place of worship a mosque or even use the traditional Muslim greeting.

For some time, the name Rabwah went unnoticed but then in 1998 the Punjab Parliament changed the name of the town to Nawan Qadian and then to Chenab Nagar in 1999. This was yet another example of how a state attempts to appropriate certain titles for its own political narratives. The word Rabwah had Islamic origins so its continued use by the Ahmadis threatened the state narrative, which is hell-bound on stripping the Ahmadis of all its Islamic credentials – similar to what the Buddhist state in Mynamar wants to do with the Rohingyas.

In 1967, when the Pakistan Peoples Party was founded by Zulfiqar Ali Bhutto together with members of the Left, the Party declared Islamic Socialism as its credo. This was a unique moment in Pakistan’s history, given that the under the military dictator Ayub Khan the Pakistani state had aligned with the Americans against the “godless” Communists. In 1953, after the Rawalpindi Conspiracy, which was an alleged attempt by the Communist Party of Pakistan to overthrow the government, the party had been banned. In the following years, Communism was projected to be satanic godless creed that threatened the Islamic society of Pakistan. Aware of these prejudices, the founders of PPP tacitly attached the word Islamic with Socialism. In this way, a godless, satanic ideology became halal, and therefore palatable to a religiously inclined society.

In Pakistan, there is much criticism about Myanmar’s persecution of the Rohingya community and rightly so. Religious political parties have particularly exploited the situation to highlight the international oppression of the Muslims, yet it is the same religious parties who continue to exploit the situation for similar vulnerable groups in their own society. They curse the hard-line Buddhist nationalists in Myanmar, while those Buddhist nationalist use the spectre of global Islamic threat represented by such religious parties in Pakistan to massacre innocent people. Both of them see the other as enemy yet it is the same figure of a bigot religio-nationalist that stands on both sides of the mirror.

Haroon Khalid is the author of the books In Search of Shiva: A study of folk religious practices in Pakistan and A White Trail: A journey into the heart of Pakistan’s religious minorities