Members of the House of Representatives Commission I overseeing defense will question Army chief of staff Gen. Moeldoko, the sole candidate to replace retiring Indonesian Military (TNI) commander Adm. Agus Suhartono, over his alleged involvement in what could be deemed as harassment against Ahmadis in West Java in 2011.

Although Moeldoko will most likely get an endorsement from most lawmakers. Commission I lawmakers said that it was important to bring up the allegation during a fit-and-proper test slated for Aug. 20.

“[It’s important to highlight the issue] since he has been under the spotlight for his alleged involvement in assisting the West Java Governor Akhmad Heryawan to carry out Operasi Sajadah (Prayer Mat Operation) that aimed to kick Ahmadis out of West Java in 2011,” Commission I deputy chairman Tubagus Hasanuddin said on Wednesday.

Moeldoko was said to have been responsible for assisting the West Java administration to force the Ahmadis — who have been deemed heretical — to return to the “right path” of Islam following the attacks against Ahmadis in Cikeusik, Banten, in February 2011.

At the time, he was commander of the Siliwangi Regional Command, in charge of a military operation tasked to encourage Sunni Muslims in the province to occupy mosques ran by the persecuted Ahmadis during the Sajadah Operation.

Moeldoko denied the allegation when he was first questioned about the operation soon after being appointed as new Army chief of staff, replacing retiring Gen. Pramono Edhie Wibowo, earlier in May. 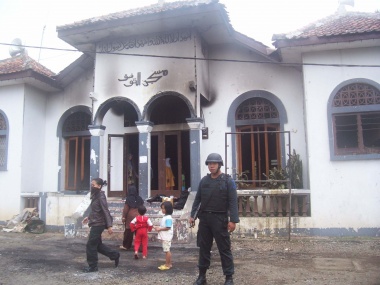 Moeldoko said that there had never been intimidation toward Ahmadis in West Java. He said that it was part of a communication campaign.

However, the three-star general said that further investigation was needed to shed light on the allegation.

Three Ahmadis were murdered and dozens more severely injured when they were attacked by a mob in Cikeusik, Banten, West Java, on Feb. 6, 2011.

The West Java government kicked off the Sajadah Operation weeks after the Cikeusik lynching.

Despite his alleged connection to the operation, Tubagus said that Moeldoko would have an easy time during his fit-and-proper test.

Tubagus said that Moeldoko has the capability to lead the military due to his extensive experience within the military.

“For example, it has only been months after he was appointed the new Army chief of staff. Nonetheless, he has the experience needed for a tougher job,” said Tubagus, from the Indonesian Democratic Party of Struggle (PDI-P).

Commission I member Hayono Isman said that Commission I would press the Ahmadi issues as it would affect how Moeldoko would handle his job in the future.

“Commission I will absolutely do something if the allegation is true and we will aim to uncover it,” Hayono said. 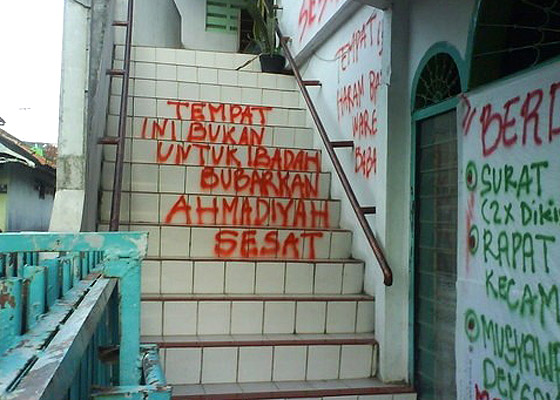 Prior to his appointment as the Army chief staff in May this year, Moeldoko served as Army deputy chief of staff from February to May.

He previously served as the deputy governor of the National Resilience Institute (Lemhanas) from August 2011 to January 2013.

He graduated with honors from the Military Academy in 1981.

Analysts said that could face tough challenges ahead, especially in reforming the military as well as preparing the armed forces to face new security challenges at domestic and regional levels.