Everyone in Pakistan is a ‘minority’ now 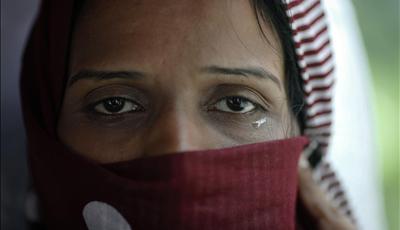 On July 11, another Ahmadi Muslim was martyred in Nawab Shah, Sindh. The killer shouted the Khatam-e-Nabawwat slogan as he shot Malik Mabroor Ahmad pointblank. This happened amidst a huge crowd and no one except the deceased’s brother chased the attacker. Malik Mabroor’s family has a long history of persecution; his late father was imprisonment in the late 80’s under Ziaul Haq’s blasphemy laws, one brother was beaten and tortured and their properties have been usurped and looted. However, this family remains undeterred and steadfast to their faith. Their resolve has not faltered and they are coping with this immense tragedy with grace and dignity.

This death is an undeniable consequence of the fatwa issues by the local cleric, Maulana Idris of JUI (F) which blatantly called for the killing of prominent Ahmadi Muslims in Nawab Shah. The local authorities failed to offer protection to Malik Mabroor Ahmad and allowed the perpetrators to churn out their hateful speeches. The names of two brothers of the deceased also appear on the Fatwa. The government is earnestly appealed to offer them protection and take urgent and concrete measures to bring to justice the killer who executed this heinous crime. However, in a culture rife with bigotry, this appears to be wishful thinking and reprisal for the clerics (who incite the masses) seems unimaginable.

Ahmadi Muslims have been facing bitter opposition of the State and masses silently and gracefully without any revolt since decades. However, the unjust ploy initially intended to ostracize Ahmadi Muslims has morphed into a Frankenstein that is all set to engulf Pakistan. Let alone individuals, even institutions in Pakistan are vulnerable and in shambles; the guardians of the frontiers (Armed Forces), the civil government, the judicial system are all under threat and are being frequently attacked. Everyone in Pakistan is a ‘minority’ today. The tentacles of hatred and intolerance have no barriers and are likely to consume all. Brace yourself Pakistan and wake up before it’s too late.

Mansura Minhas
Mansura B. Minhas resides in Miami, FL with her husband and three children. Mansura is a regular contributor to the Ahmadiyya Gazette, a monthly magazine of the Ahmadiyya Muslim Community USA, published from Silver Spring MD. @     Facebook