Dr. Iftikhar Ahmad AYAZ, OBE has been awarded an Honorary Knighthood in the Queen’s Birthday Honours List of 2015 for his services to Tuvalu. The KBE marks the second time AYAZ has been honored by the Queen, following his recognition as OBE (Officer of the Order of the British Empire) in 1998.

British honours are awarded on merit, for exceptional achievement or service.The KBE (Knight) for men or DBE (Dame) for women respectively, are the highest honors that recognise a major contribution in any sphere usually at the national level.

Dr. Ayaz received his early education in Qadian,India but moved to Tanzania at an early age where he received his Secondary education. He has worked with several United Nations organizations such as FAO, UNESCO, and UNDP. He also served as the National President of Ahmadiyya Muslim Community UK from 1997 to 2001. He currently serves as the Consul General of Tuvalu in the U.K. 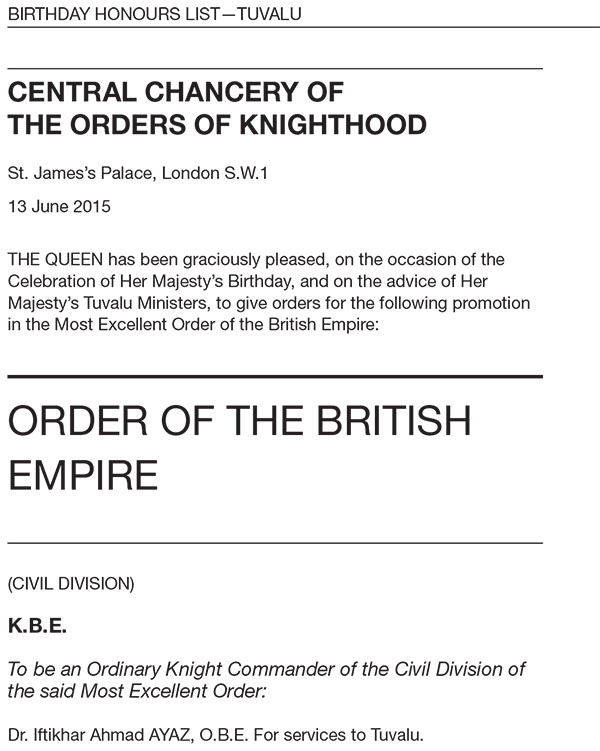