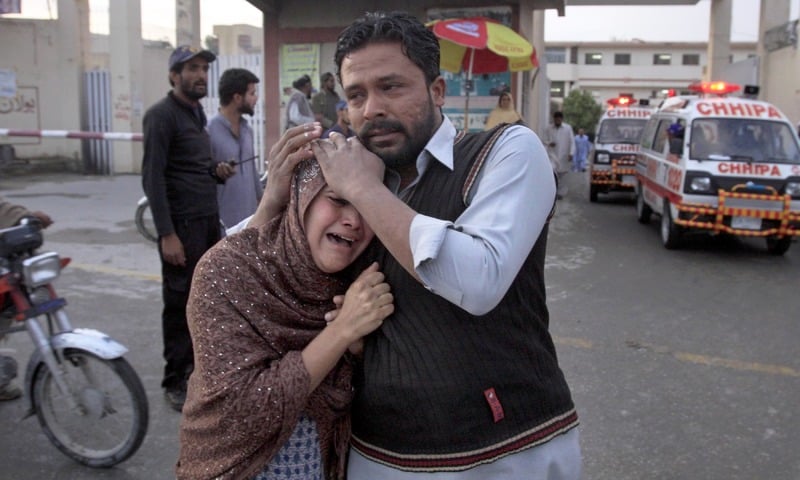 QUETTA, Pakistan (AP) — Pakistani police say gunmen have opened fire on worshippers coming out of a church in the southwestern city of Quetta, killing two people and wounding five others.

Police officer Javed Ahmed says two gunmen riding on a motorcycle targeted churchgoers as they were leaving after the Sunday evening service in the Eisa Nagri neighborhood of Quetta, the capital of Baluchistan province. Ahmed says a young girl was among the wounded and that two others were in critical condition at a hospital. Police said a search was ongoing in the area to find the attackers.

No group claimed responsibility for the attack.

Baluchistan has for years been the scene of a low level insurgency by Baluch separatist groups. Islamic militants also operate there.