Blasphemy, the Fate of Ahmadiyya in Lombok, Indonesia 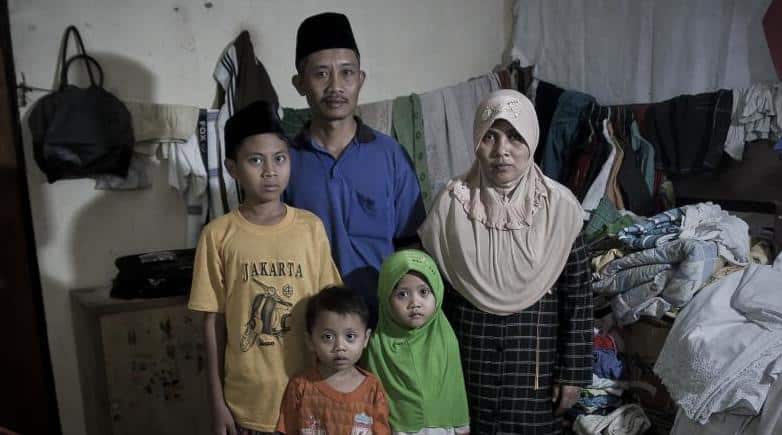 Though Indonesia has claimed a principle of Bhinneka Tunggal Ika (“different but one”), in reality, the country has faced fragmentation over the differences in its society, with its people blaspheming and killing each other. Ironically, the inter-religious conflict which has occurred is no longer between practitioners of different religions, but between practitioners of the same religions.

The indigenous people of Lombok are the Sasak. They are the majority ethnic group that represents 89% of the island’s total population; the remainder consists of immigrant ethnic groups such as the Balinese, Sumbawa, Javanese, Arabs, and Chinese (Erni Budiwati, 2000). The Sasak are spread throughout Lombok, while the immigrant populations tend to settle in specific areas. Most of the Balinese people, for example, live in West Lombok and Central Lombok. The Sumbawa mostly live in East Lombok. The Arabs, meanwhile, tend to live in Ampenan, leading to the area being known as the Arab Kampung of Ampenan. Similarly, there is a Javanese settlement known as Kampung Jawa. The Chinese people, who generally work as traders, live in urban centers such as Cakranegara, Ampenan, and Praya.

The Sasak of Lombok are a religious people whose daily lives are steeped in a religious spirit. This, in turn, affects the way the community views its surrounding reality. Particularly important for the Sasak are Islamic teachings, which are used to run their daily religious lives in accordance with Islamic religious doctrines. The strength of the Islamic religious tradition can be seen by the number mosques on the island: 3,151. It is therefore not surprising that Lombok has become known as Pulau Seribu Masjid (“the island of a thousand mosques”). The seriousness of the Sasak people’s worship is likewise indicated by the annual increase in hajj pilgrims (Noor et al., 2004).

Islamic religious traditions in Sasak, since their introduction, have emphasized the strengthening of religious practices and rituals. Though this may appear at a glance to attach great importance to religious expression in the form of archetypal rituals, it has been transformed into particular patterns of worship with an emphasis on zhahir an-nas in the interpretation of Islamic teachings.

Islam has been and become a major force in Lombok society, as most of its population is Muslim. Almost all of the Sasak, the majority ethnic group, are Muslims, to the point that one ethnographer has even said that “to be Sasak means to be Muslim”. Though this statement is not entirely true (as it ignores the popularity of Sasak Boda), 1 similar sentiments are held by much of Lombok’s population. Sasak identity is closely associated with a Muslim identity (Erni Budiwati, 2000). NonIslamic religions (Hinduism, Buddhism, and Christianity), meanwhile, are often associated with immigrant populations such as the Balinese and Chinese.

The Islamic practices in Lombok are not monolithic. Parts of the population belong to groups that claim to be modernist (such as Muhammadiyah and Persis), while others are part of traditionalist Islamic groups such as Nahdlatul Wathan (NW)2 and Nahdlatul Ulama (NU).3 Both types of practices can be found in West Lombok and East Lombok.

Furthermore, several denominations can be found in Lombok. Practitioners can be classified, for instance, as members of the Wahabi congregation (Wahabiyah Jamaah) or as followers of the Qadiriyah and Naqsabandiyah tarekat (school of spiritual thinking). The former denomination of Islam is found most predominantly in East Lombok and has numerous followers. Most of the Wahabi congregation is from the lower and middle classes, which commonly includes indigenous farmers as well as some migrants from Java. The Wahabis also offer religious education and religious boarding schools (pesantren), with a focus on regional development, in Aikmel and Sulaga, East Lombok. Persons following the tarekat of Qadiriyah and Naqsabandiyah, meanwhile, are often referred to as followers of orthodox or traditional Islam. Historically, the teaching of the Qadiriyah and Naqsabandiyah tarekat in Lombok began in the 19th century, following the return of several master teachers from the al-Haram Mosque in Mecca.

One of the most recent denominations to enter Lombok is Ahmadiyya, which presently only has a few hundred members. After the expulsion of Ahmadis from the villages of Bayan, Selong, Praya and Pancor, they can only be found in Ketapang Village and (dispersed) in the provincial capital of Mataram. This latter location is relatively more heterogeneous; Mataram is home to many Balinese Hindus as well Minahasa, Batak, Chinese, etc. Christians. West Lombok, where Mataram is located, has a tourism industry centered around Senggigi Beach; as such, it is relatively more open than the homogeneous Sasak Ahmadi village of Ketapang.

In Indonesia, violence against the Ahmadi has escalated since the presidency of Susilo Bambang Yudhoyono. The Majelis Ulama Indonesia (Indonesian Council of Islamic Scholars, henceforth MUI) fatwa of 1980 was ignored by the Suharto regime, and thus it was ineffective. Abdurrahman Wahid, during his presidency, greeted the Ahmadi high Islamic priest Mirza Tahir Ahmad, the grandson of Mirza Ghulam Ahmad, in Jakarta. Similarly, when Megawati ruled over Indonesia, there was no policy forbidding Ahmadiyya. This all changed in 2005, when the MUI issued a fatwa on Ahmadiyya and the government accommodated it through three ministerial decrees in 2008 Ahmadiyya.

Though violence against Ahmadis has escalated, it is not new in Indonesia. The Ahmadis, both adults and children (including orphans), have experienced various forms of mistreatment. The state and general populace, meanwhile, seem to simply act as bystanders. They do not take action to crack down on perpetrators or treat perpetrators as enemies of the state (as they do with terrorists).

Violence against the Ahmadis in Lombok can be seen as early as 1999 in Bayan, West Lombok, when one person was hacked to death, while another was grievously wounded. In 2001 there was a similar incident in Pancor, East Lombok. expulsion from their homes. Oddly, in response the local government of East Lombok gave the Ahmadis two options: they could leave Ahmadiyya and remain in Pancor, or they could remain in Ahmadiyya but leave the village. It is ironic that such persecution and eviction occurred in a nation which, people say, promotes and upholds diversity and human rights.

Violence against the Ahmadi has continued. To respond to this violence, in August 2005, during a period of frequent anti-Ahmadi demonstrations and fevered discourse, the writer delivered a lecture at the Tabligh Akbar (‘great meeting’) at the Jami’ Mosque of the Regency on behalf of a committee which called itself the Aliansi Masyarakat Anti-Ahmadiyah (Anti-Ahmadiyya Alliance). From the proposal for this lecture, it was clear that the committee speakers and the masses to condemn the region’s Ahmadis. The writer, however, refused to do so. Instead the writer offered theological and sociological explanations, reciting verses of the Qur’an which explained freedom of religion and that coercion (or even violence) to promote conversion was not allowed in Islam. The writer then provided examples from two prominent Lombok figures’ interactions with the Ahmadi, specifically al-Magfurlahu TGH. M. Zainuddin Abdul Madjid (the Founder of NW) and TGH. M. Faisal (the NU leader in Lombok). Neither of these figures had, to the writer’s knowledge, issued a fatwa condemning the Ahmadi as misguided, let alone invited and mobilized people to attack them. This could be seen from the Ahmadiyya Mosque on Sudirman Street, Pancor, not far from the secretariat office of PBNW. Similarly, in Praya, where many members of TGH. Faisal’s congregation lived, Ahmadis still had freedom of worship.

Many Ahmadis have, as a result of violence against them, lost their homes, livelihoods, and the peace that they had enjoyed. Their children can no longer attend school, and their wives are no longer free to go to public places such as markets. The Ahmadis have become frightened and ashamed.

If probed further, the violence against the Ahmadis is a realization of State defeat. The State can be considered inexistent as it is unable to enforce the laws which citizens are breaking, instead choosing to simply “apologize”. Furthermore, the State appears to have relented completely to the pressures of particular groups. It is unable to take a firm stance against the groups that commit such acts of violence.

Rather, it has seemed to support them. The violence against the Ahmadis of West Nusa Tenggara pushed the local government to issue such legislation as: 1) Decree of the Regent of West Lombok No.35 of 2001 on the Prohibition and Cessation of Ahmadi Doctrine/Ideology in West Lombok Regency, a decree which is based on Recommendation of the MUI of West Lombok Regent Number 12/MUI-LB/7/2001 (dated 5 July 2001), which contains a request that the Government of West Lombok “explicitly prohibit the activities of this group and also firmly crack down on any violations of the prohibition”; (2) Decree of the Regent of East Lombok No. 045.2/134/KUM/2002 of 13 September 2002, which prohibits the dissemination of Ahmadiyya teachings and ideology, both oral and written, in East Lombok; 3) Letter of the West Nusa Tenggara Governor No. KW.19.1/4/HU.00/1353/2006, dated 28 March 2006 and addressed to the Minister of Home Affairs, Minister of Religious Affairs, and the Attorney General; this letter requested the prohibition of Ahmadiyya in West Nusa Tenggara.

Today, the Ahmadis take shelter in the Transito Dormitory in Mataram. In an interview, one Ahmadi said:

We have been forced to stay in this dormitory. We do not dare return to the village. We are afraid that the burning will begin again. We are surprised that our brothers hate us so much, even though we worship as stipulated in Islamic teachings. They assume that we are sesato (animals). Why, even after Independence, can we not enjoy this freedom, when during the revolution we fought together without any concern for our denomination or beliefs. Hopefully, this is a trial, one through which we must remain steadfast in our worship, and the government is willing to resolve this problem, because we regret that our children dare not go too far from this place.

The continued existence of problems between the Ahmadis and the surrounding society in their social interactions can be seen from society’s treatment of them. As recognized by Hidir, the Ahmadis feel as though they are treated differently, as do their children, who study at an elementary school near the Transito Dormitory. Though social interactions have improved recently, the discrimination is nonetheless clearly felt. For example, the children receive their school reports collectively in the form of a single sheet captioned “the learning results of Ahmadi children”.

For more than a year, they lacked water and light because the national water and electric companies had cut off service; the manager of the dormitory did not want to pay the bills. Their present residence appears to actually be more like “an isolation camp” intended to continually pressure Ahmadis until they “give up and repent” by abandoning their beliefs. In other words, even today there is an intention to force the Ahmadis to stay in such deplorable conditions. Their refusal to “acknowledge their deviation” and “return to Islam” has been considered an act of defiance which rejects the solution offered by the government.10 This can be seen in the utterances of government officials. For example, the Director General for the Societal Protection and Police for West Nusa Tenggara stated that the Ahmadis “… do not want to be taken care of, and the government does not want to take care of them”. Similar sentiments were expressed by the Head of Public Relations of the Regional Office of the Ministry of Religious Affairs for West Nusa Tenggara: “The government has not given up in taking care of them, but they (the Ahmadis) do not want to listen to the government”.11 The MUI chapter in West Nusa Tenggara, meanwhile, considers the Ahmadiyya issue “already finished” with their decree, as “we do not need dialogue and talks because we have obviously based [our decree] on the MUI fatwa. Communication between the MUI and the Ahmadis is finished”.