Ahmadiyah community that has been a victim of multiple fatwas against it since ages ; ironically have been playing a major role in strengthening the roots of the beloved homeland whether it comes to economy, foreign affairs military and much more different professional field. It is a bitter truth for all the anti Ahmadiyyah people to gulp this reality that Ahmadiyah community played a major role in the formation of Pakistan and they cool down their green eye by putting Fatwas like “Qadiyani Sazish” or “Qadiyanis (ahmadis ) friends of Jews” and slogans like “Jo Qadiyani ka yar hai wo kom ka ghadar hai ( friends of Ahmadis are traitors)” etc.

Our nation’s perspectives, ironically, are driven by corrupt and sinister ecclesiastical authorities (mullah’s), who for a couple of dollars indict “Fatwas” like they’re driver licenses; hence ripening the root of anti-Ahmadiyah hatred movement in Pakistan.
Here lets enlighten some of the achievements of Ahmadiyah community yet a neutral and realistic approach and than decide Ahmadis as Patriots or traitors.

Since the Jinnah’s demand of separate homeland, Ahmadiyah Muslim community has been a supporter of Pakistan.
In this regard, Furqan Force Battalion is the first achievement to be mentioned, which was a uniformed fighting force of volunteers in newly-formed Pakistan, composed of the minority Ahmadiyah branch Muslims was formed in June 1948 by Ahmadiyah leader Mirza Mehmood. The unit fought for Pakistan against India in the First Kashmir War. In addition to its troops being drawn from the Ahmadiyah population, the expenses of maintaining the unit were also paid by that community

Next comes Sir Zafarullah Khan , who was one of the leading Founding Fathers of modern Pakistan, a great politician, statesman, diplomat, international jurist, and an active member of the Ahmadiyya Muslim Community. Sir Zafar ullah is known for drafting the Pakistan Resolution , being the first foreign minister of Pakistan, for being the first Pakistani who represented Pakistan and raised voice for Palestinians at the United Nations. He is known to be the first Muslim, Asian and only Pakistani president for both the UN General Assembly and also the International Court of Justice.

Ahmadis had been playing their part enthusiastically when it comes to fighting for the beloved homeland. Their sacrifices and services to save their homeland from every bad eye had always been at its peak. The pride of Pakistani military history, War of 1965 is full of major roles played by the members of Ahmadiyah Muslim community.

Major General Akhtar Malik is on top of the list, was a Pakistani Hero in the 1965 war. As GOC 12th Division, he was the overall commander for Operation Grand Slam in the Indo-Pakistan war of 1965. For his successful handling of the initial phase of the operation, he was awarded the Hilal-i-Jurat, the second highest gallantry award of the Pakistan Army.

“Had General Akhtar Malik not been stopped in the Chamb-Jaurian Sector, the Indian forces in Kashmir would have suffered serious reverses, but Ayub Khan wanted to make his favorite, General Yahya Khan, a hero.” Z.A Bhutto who later leaded the 1974, constitutional amendment that declared Ahmadi Muslims as non-Muslim

Not to forget Major General Iftikhar Khan Janjua Shaheed, another follower of Ahmadiyah Islam is known to be of the most senior Pakistani officer to have been killed in action. He is known in Pakistan as the hero of Rann of Kutch, as he was a brigadier in command of 6 Brigade, during the fighting in April 1965 prior to the Indo-Pakistani War of 1965. He died in a helicopter crash, in Kashmir, while in command of 23 Infantry Division during the Indo-Pakistan War of 1971.

Lieutenant General Abdul Ali Malik was a Pakistan Army engineer officer and a high-ranking military general. He is a well-known figure from the Chawinda tank battle during the 1965 Indo-Pakistani war. He was a member of the Ahamdiyya Muslim community.

Air Marshal Zafar Chaudhry, first Chief of Air Staff of Pakistan was also an Ahmadi. He is a known for being three-star general of the Pakistan Air Force from March 1972 to April 1974.
Major General Mian Hayaud Din was an army officer of Pakistan’s Army and served as an eminent soldier and a government official in the early years of Pakistan’s existence.

Inspite of the major victories that were gained by the immense hard work of the Ahmadiyah community yet this minority sect has always been targeted with brutal usage of words like “Gadar”, “Traitor” and “Yahoodi-Qadiyani bhai bhai”.

Education has always be the forte of members of Ahmadiyah community.

Dr Abdus Salam, known to be the First Muslim, Pakistani physicist to be rewarded with Noble prize played a major role in Pakistan’s Nuclear power program by leading the establishment of the nuclear research institute—Pakistan Institute of Nuclear Science and Technology in 1965.

Dr Ishfaq Ahmad, former chairman of the PAEC and a lifelong friend of Salam recalls:
“Dr Abdus Salam was responsible for sending about 500 physicists, mathematicians and scientists from Pakistan, for doctorate’s to the best institutions in UK and US”.

Sahibzada Sir Abdul Qayyum , from Topi, Swabi District, British India, was a distinguished educationist and politician from a notable Ahmadiyah family. He is perhaps best known for establishing Islamia College, Peshawar, the first education institution in Peshawar Pakistan, on the mould of Sir Syed Ahmad Khan’s policy of educating Muslims

Dr Taseer Ahmed, A great humanitarian and a member of Ahmadiyah community showed his immense performance in the field of humanity by tackling number of international humanitarian challenges e.g., famines in Ethiopia, Afghan refugees, poverty in Pakistan and floods in Bangladesh. 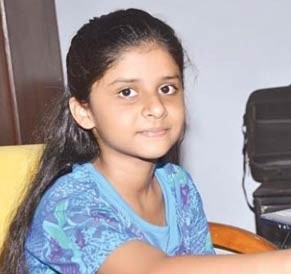 Sitara Brooj Akbar who made the country proud of her remarkable performance in Olevel examination By passing of O Level chemistry, biology, English and mathematics between the ages of 9 and 11. She belongs to Ahmadiyah community.

Dr Mehdi Ali , who was a renowned Pakistani cardiologist settled in America , provided free medical facilities to the people of Pakistan. He was a great humanitarian and a member of Ahmadiyah community who irrespective of the faith and colour provided cure to various communities and areas of Pakistan. He was shot down in Rabwah because of the evil of sectarian extremism.

These names are like a drop of water in the ocean, as the list of Ahmadis serving Pakistan since a couple of decades is endless , yet most of the people keep their minds biased towards faith and sectarian differences while they list the heroes of our motherland. And on the other hand love to blame Ahmadiyah community for every other incident that passes on. Claiming Ahmadis as “traitors” will never stop them from working for their homelands as inspite of the threat they face every single day, most of them chose to stay in Pakistan and work for the betterment of the country. No “certificate or affidavit” is required for an ahmadi to prove itself to be a true “Patriot” of this motherland. And Ahmadiyah community will continue with its fight against hatred in future as well, as we believe in “Love for all, Hatred for none”