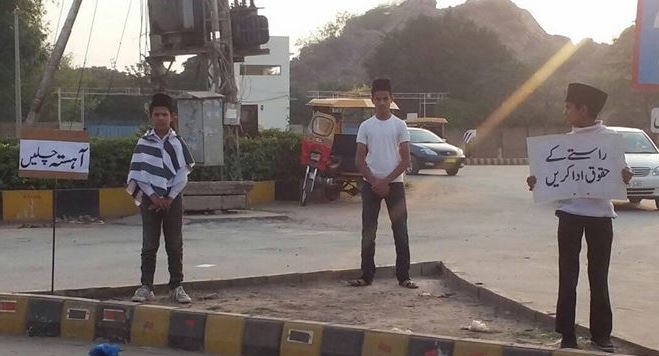 Residents of Pakistani town of Chenab Nagar have asked the Government to open an investigation after a local police officer harassed and detained a young Ahmadi child.

Children of local Ahmadiyya Youth Association were holding banners to raise public awareness about traffic rules and road safety when officer Asif charged towards the group standing on the roadside and tore off an unnamed boy’s placard, the officer then pulled the boy away and locked him up in his patrol car.

Witnesses at the location said the officer was about to haul the young boy down to the police station when passers-by intervened. Before releasing the minor, officer Asif reportedly threatened him with arrest if he continued to stand there.

The town’s residents, many of whom belong to the persecuted Ahmadiyya Muslim Community have urged the District’s Police Officer Capt(R) Mustansar Feroz to take disciplinary action against the officer involved.