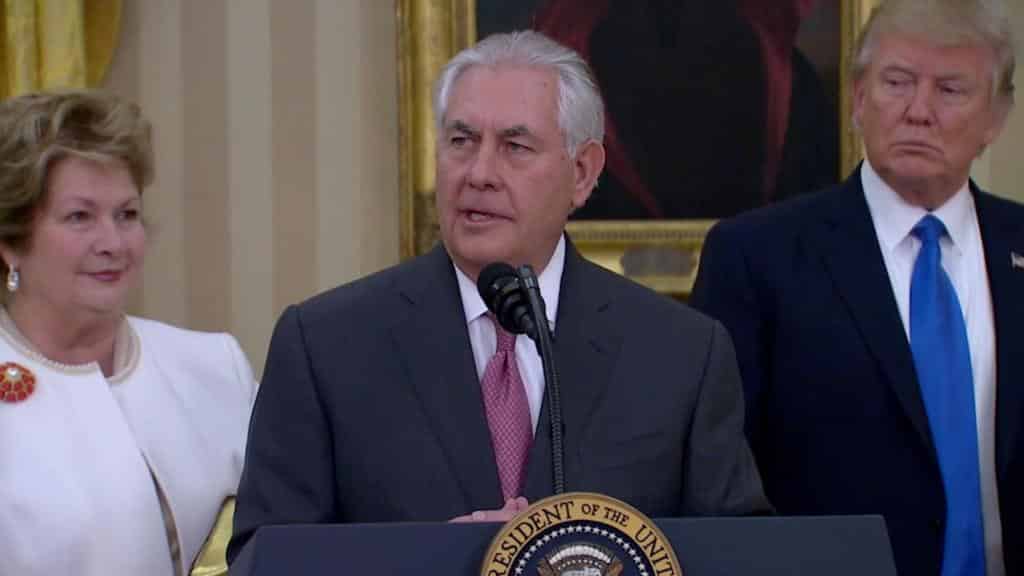 U.S. Secretary of State Rex W. Tillerson has criticized Pakistan for its lack of religious freedom. Tillerson made the comments while speaking at the release of 2016 International Religious Freedom Report.

As the 2016 report indicates, many governments around the world use discriminatory laws to deny their citizens freedom of religion or belief.

Religious freedom is under attack in Pakistan, where more than two dozen are on death row or serving a life imprisonment for blasphemy. The government marginalizes Ahmadiyya Muslims, and refuses to recognize them as Muslim. It is my hope that the new prime minister and his government will promote interfaith harmony and protect the rights of religious minorities.

Secretary Tillerson assured that the State Department will continue to advocate on behalf of those seeking to live their lives according to their faith.

The release of the 2016 International Religious Freedom Report details the status of religious freedom in 199 countries and territories and provides insights as to significant and growing challenges. Today I want to call out a few of the more egregious and troubling examples.