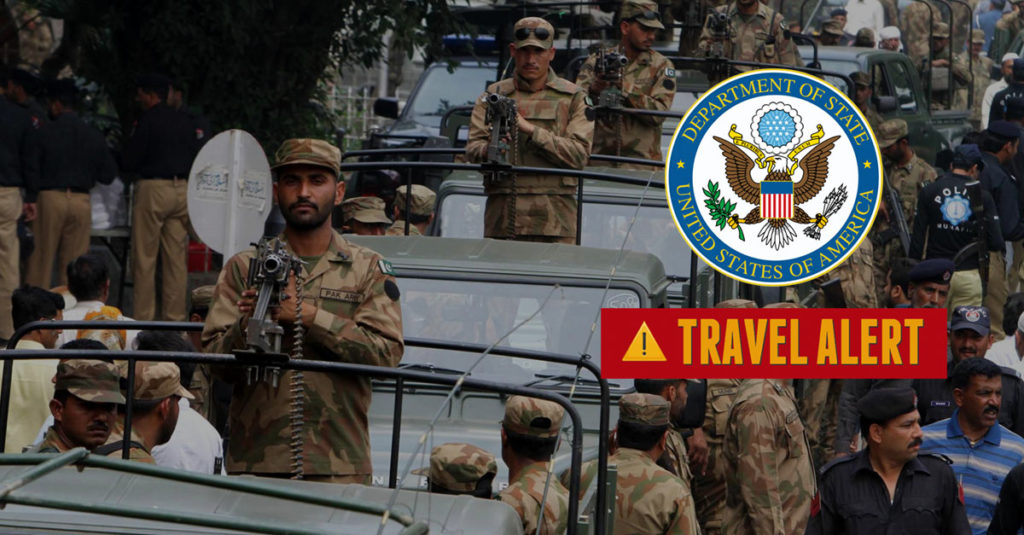 The U.S. State Department has issued a travel alert for the Pakistani city of Lahore, warning Americans of “religious protests”. The warning comes as religious groups gather for citywide protests against the minority Ahmadiyya Muslim Community.

The advisory issued by the Bureau of Diplomatic Security said:

“On December 16th at approximately 13:30 hrs, two different religious protests are expected to begin in Lahore. The first will start at the Press Club and the second in Data Darbar. Both are scheduled to end at Faisal Chowk, Mall Road. The subject of these protests is the presence of the Ahmadi community. Even demonstrations intended to be peaceful can turn confrontational and escalate into violence. U.S. citizens should avoid these areas.”

The protest comes just two days after a violent mob of over 3,000 people attacked the minority Ahmadiyya Muslim community’s mosque in Chakwal, which left two people dead. On December 5th Pakistan’ security forces raided the headquarters of the community in Rabwah and arrested 4 Ahmadis.