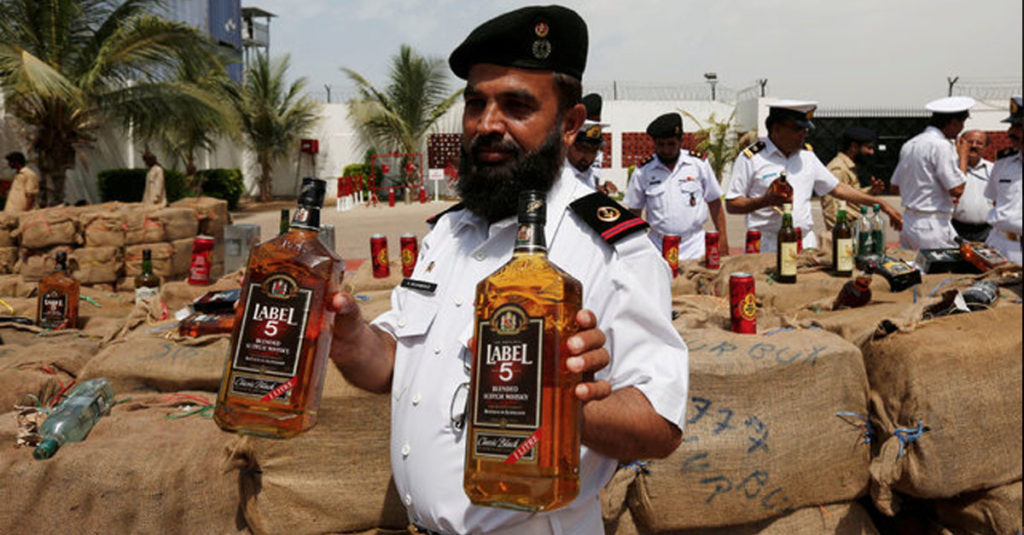 Two Pakistani Muslims are facing charges for selling alcohol in the conservative Muslim country by pretending to be non-Muslims. In Pakistan, a permit is required by non-Muslims to buy and sell liquor.

According to the charges filed by Pakistan’s Customs Department in Islamabad High court, Brothers Ishtiaq Ahmad and Aamir Malik illegally obtained a Liquor License by pretending to be Ahmadis, a minority Muslim sect declared non-Muslim under Pakistani law.

The brothers bought a suspended liquor license in 2014 by paying off customs employees and posing as Ahmadis by submitting written testimonies. Afte getting the license they registered a company under the name of ‘Sun Diplomatic WareHouse’ and started importing expensive liquor. The brothers are also accused of evading tax of Rs 980 million on the imported liquor by paying off customs officers.

The same case was dismissed by a judge earlier this year after the brothers submitted another affidavit in the court stating that they were (Ahmadis) and hence non-Muslims. However, the Customs Department has appealed the decision citing evidence from Government records which shows that the brothers, in fact, are Muslim.