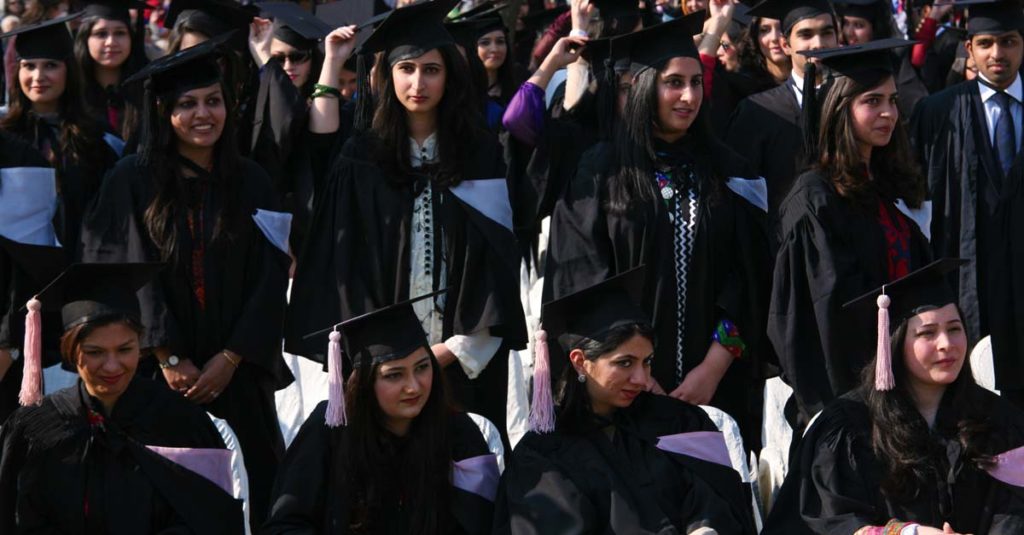 Pakistan’s Christian Secretary of School Education has assured Ministers that no Ahmadi teacher would be allowed to teach Islamic Studies or Arabic Language in schools.

Secretary Joyce Rufin Julius made the comments on Wednesday while discussing Educational matters in Pakistani province Punjab’s provincial assembly. Secretary Julius who herself is a member of Pakistan’s Christian minority said no teachers from the minority Ahmadiyya Muslim Community will be hired to teach Islamic studies and Arabic and the education department will soon issue an official notification.

The issue was brought up in the Provincial Assembly when the parliamentary leader of the right-wing Jamaat-e-Islami political party, Dr. Syed Waseem Akhtar stood up and pointed out that there was no legal provisions to stop Ahmadi teachers from teaching Arabic and Islamic Studies.

Responding to Akhtar’s questions, Parliamentary Secretary for School Education, Joyce Rufin Julius said there was a 5% job quota specified for religious minorities and 3% for people with disabilities. She added minority candidates can apply on open merit. Julius said experienced individuals were teaching the Islamic studies to students.

“Even Christian students take Islamic studies classes, my own daughter, being a Christian, scored 70 out of 75 marks in Islamic Studies”

Dr. Waseem said he understood that Quranic and Islamic education has been made compulsory in schools, however, there is no law to stop Ahmadis from teaching Arabic and Islamic Studies in schools. Afterward, Dr. Akhter boycotted the house proceedings and urged other members of the provincial assembly to follow him.

Soon after leaders from Pakistan’s ‘secular’ Pakistan Tehrik-e-Insaf party stood up and repeated the demand made by the leader of Jamaat-e-Islami party.

PTI MPA from Lahore, Mehmoodur Rasheed said the government must give assurances that no Ahmadi would be able to teach Islamic studies or Arabic. While, PTI MPA from Rawalpindi, Arif Abbasi, told the speaker that this important matter could not be “bulldozed” and announced a boycott of proceedings and left the hall.

During the proceedings, PML-N MPA Ilyas Chinioti also stressed the point made by other members and said “Only Muslim teachers should be hired to teach Islamic studies”

The walkout by members came to an end after several other ministers convinced the protesting members and brought them back to the house.

Upon return of the members Parliamentary Secretary for Education, Julius said: “On behalf of the Education Department I assure the members that the education department will issue a notification to ensure that no Ahmadi will be hired to teach Arabic & Islamic studies.

Ahmadis are followers of the minority Ahmadiyya sect of Islam, which is considered heretic by mainstream Muslims. The Ahmadis were declared ‘non-Muslim’ by Pakistan through a constitutional amendment in 1974.

However, another Christian MPA Mary James Gill condemned the walkout by MPA’s and said:

Saddened on opposition’s walkout during question hour when one JI member asked the government to ban non-Muslim teachers to teach the subjects of Islamiat and Arabic, ignoring the fact that non-Muslims students are forced to study Islamiat despite constitutional guarantee. Sickening to see how PTI members reacted calling it a matter of Faith and didn’t come back until assured by the treasury that a notification shall be issued in this regard.