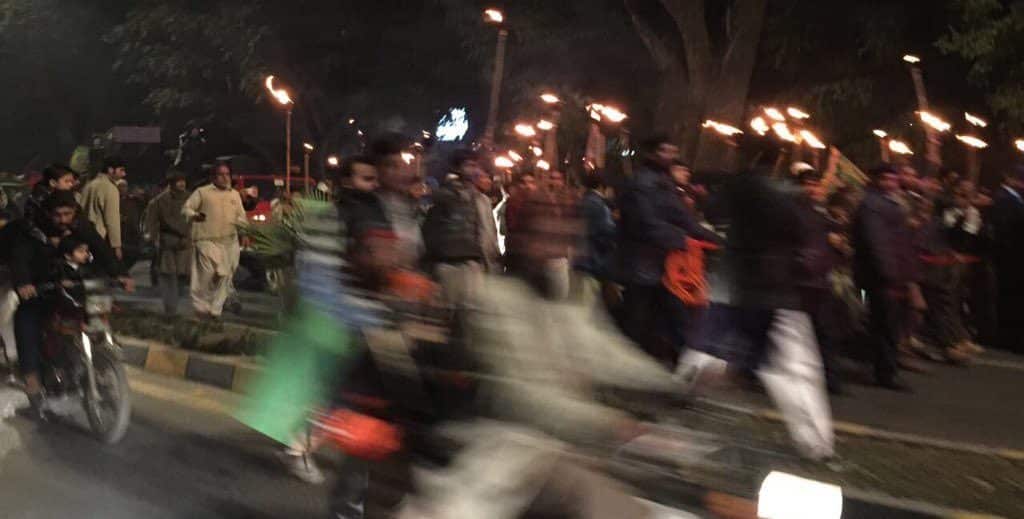 Muslims celebrating the birthday of Prophet Muhammad in the Pakistani city of Sialkot set a new precedent with an exhibit of mock graves which came complete with threatening posters hanging over them.

The exhibit which was set up in the market center of the old city was targeted against the Ahmadis, who have once again become the focus of a hate campaign by politicians and Islamists. 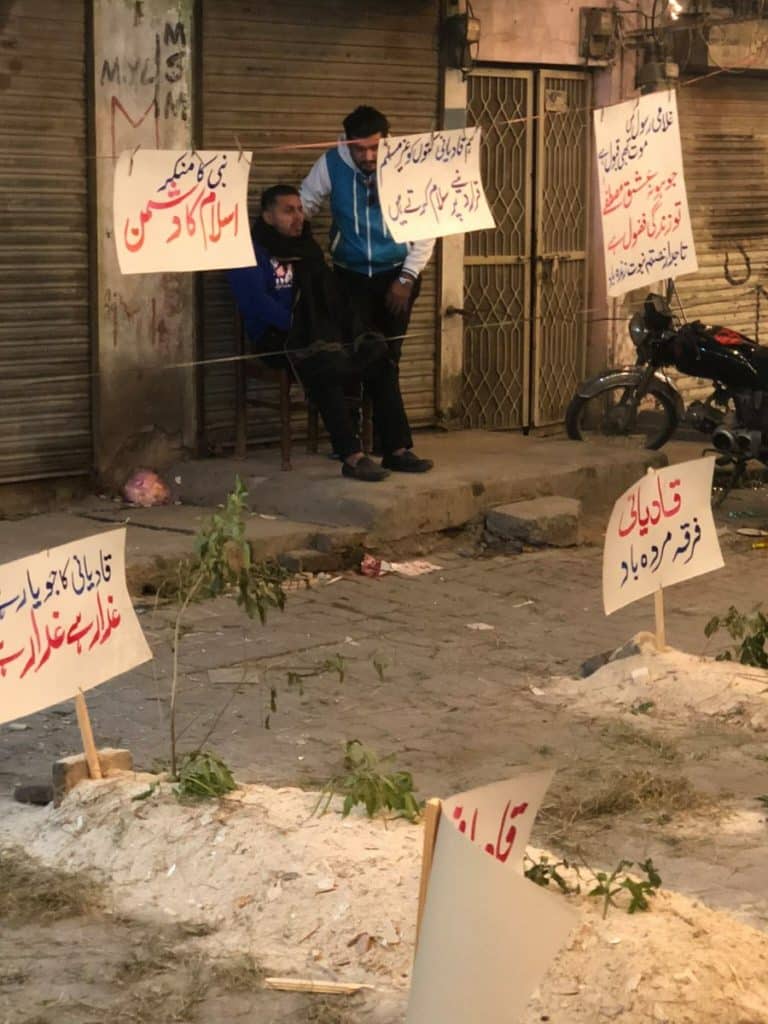 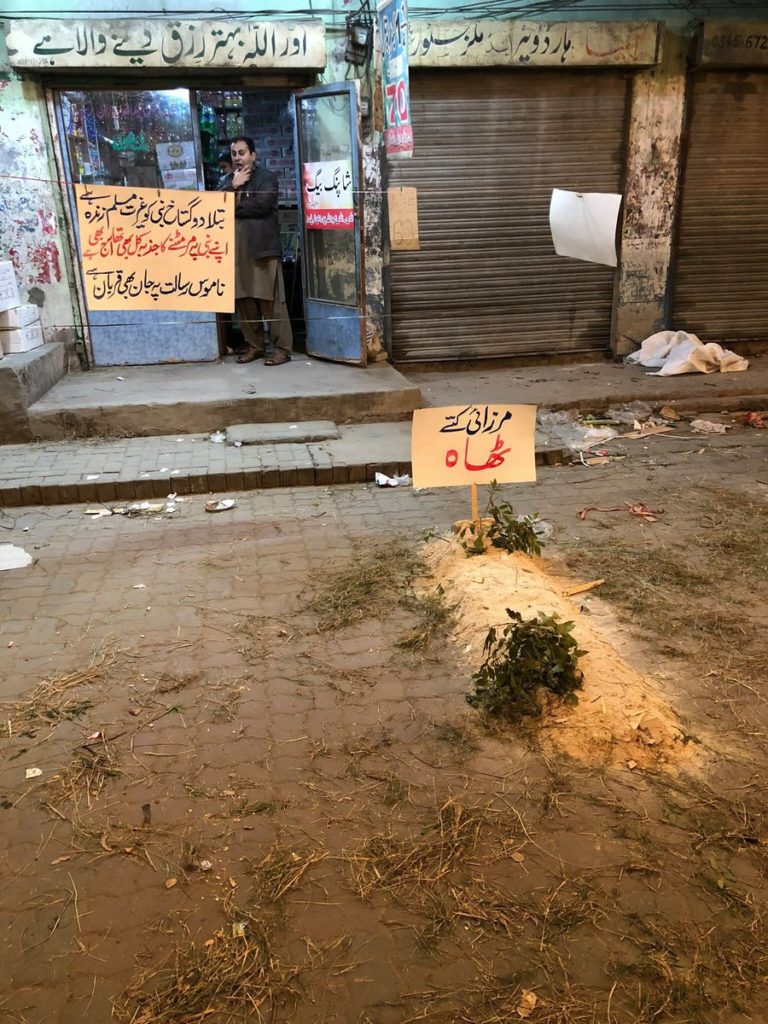 Posters hung above the mock graves had death threats against Ahmadis written on them, which read:

” Tell those who disrespect Prophet Muhammad that Muslims still are willing to sacrifice their lives for his honor, We will die for protection of the Prophet’s honor “

” He who denies the Prophet [Muhammad] is the enemy of Islam “

The photos were shared with Rabwah Times by a human rights activist from Sialkot, the activist who requested not to be named said:

I took the pictures yesterday in the old city area of Sialkot. It is a tradition here that every year locals make up replicas of mosques and the Ka’bah to commemorate Eid Milad-un-Nabi (Birthday of Prophet Muhammad), But this time some people really crossed the limits.

I knew that the print and electronic media would never highlight such a thing because everyone is afraid of the intolerant mobs.

The pictures of the exhibit received a lot of flak on social media as many took to Twitter to condemn the vile nature of the exhibit.

Disgusting and unacceptable. No justification whatsoever for such appalling action. https://t.co/sUEJOGnvbv

#EidMiladunNabi supposed to be a day of peace/mercy. Horrifying images of mock graves with threatening anti-Ahmadi slogans go up in a Pakistani market. All in the name of the one who was Rehmatul lil Alameen & Khataman Nabiyeen (pbuh). What a shame! https://t.co/daBVV2CuEg

celebrating Prophet Muhammad (saw) birthday by mocking and writing death threats to other muslims. this is the current state of islam in pakistan. the country is in a downfall and showing early signs of pakistan leading towards a mass genocide of minorities #PeaceForAhmadis https://t.co/N2w7cvYyFd

To all the Pakistani people staying quiet about this on my TL, we see your silence. This is so beyond words https://t.co/51A01yJEK3