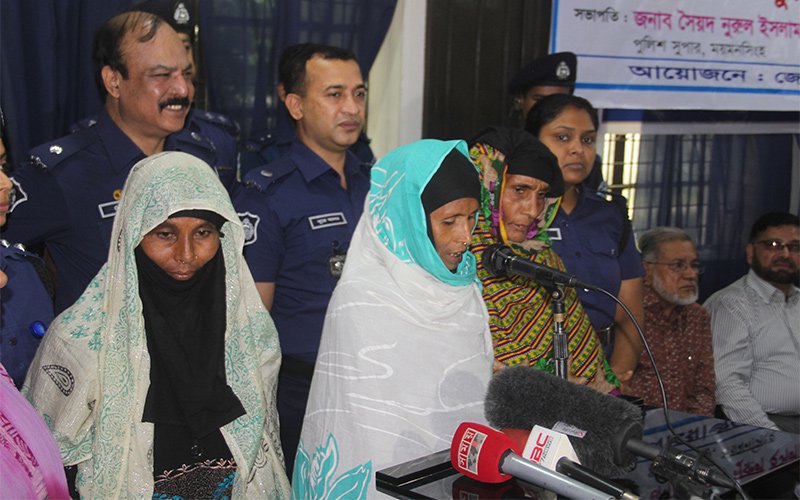 Three women of the Ahmadiyya community have been honoured in two separate programmes for their exceptional bravery in the arrest of a suspected militant in Ishwarganj upazila of Mymensingh.

According to SP Nurul Islam, three miscreants believed to be militants brutally attacked Mostafizur Rahman, an Imam of a mosque belonging to the Ahmadiyya community, with bladed weapons after the Isha prayers on May 8.

When one of the attackers, Mohammed Hossain Ahad, fled to Ayatunnessa’s home adjacent to the mosque after attacking the Imam, she along with Achhia and Minara captured the fleeing miscreant and detained him with rope until police arrived, the SP said.

“The two other militants have been identified. We are still trying to catch them,” the SP further said.