We feel proud as Pakistanis and Ahmadis writing this post, Mashallah another Ahmadi has given up his Life for Pakistan and proved that Ahmadis are always ready to give up their lives for their motherland Pakistan.

Major Afzal Mehmood was born in 1976 in Karachi and he did his F.SC from T.I College (Taleem ul Islam College) Rabwah, Major Afzal was fighting the insurgents in FC NWFP area since last year. On 19th June 2009 he went on Patrol with his men on Pak-Afghan border but near Bajur their convoy was ambushed, the troops returned fire but this brave man achieved Shahadat (Martyrdom) when he was hit by a bullet in the head.

On 20th June his Body was brought to Rabwah for Burial were he was given Full Army Salute and a Shaheed’s Burial , Pictures and Video Follow… 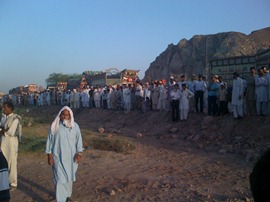 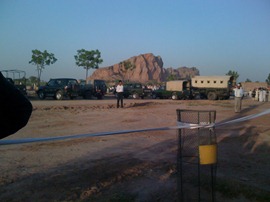 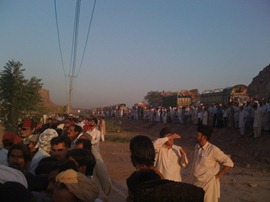 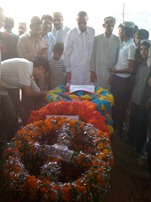