Pakistan-born Ahmadi to run for lieutenant governor of California

A Pakistani-born doctor announced Wednesday that he is joining the 2018 race for lieutenant governor on a platform of saving the Affordable Care Act, providing free community college education and fighting what he termed “Donald Trump’s hate.”

“I am a proud Muslim and I love America,” Dr. Asif Mahmood said at a news conference in front of the downtown federal building that houses a U.S. Immigration and Customs Enforcement field office.

“President Trump continues to attack people like me: immigrants, people of color and Muslims,” Mahmood said. “I say President Trump has it all wrong. It’s time to get tough on hate. California must be the leader of the Trump resistance, and I will fight him every step of the way.”

The pulmonologist said he came to the United States because he wanted his family to live in a place “that celebrates diversity and tolerance.” In 2015, the doctor also hosted Hillary Clinton at his home in L.A.

Born in a small, rural village, Mahmood moved to Kentucky in the 1990s to complete medical school. He came to Southern California in 2000 and lives near Los Angeles with his wife and three teenage children.

As a first-time candidate, Mahmood’s challenge is to build a statewide coalition, potentially anchored to civil rights. He starts as a virtual unknown and Muslims make up a tiny percentage of people living in California.

To be competitive and grow beyond a niche candidacy, he must craft a message that resonates with the large, diverse pool of voters in a state that is home to 1 of every 8 Americans.

Lt. Gov. Gavin Newsom, the incumbent, is barred by term limits from seeking a third term and is running for governor. 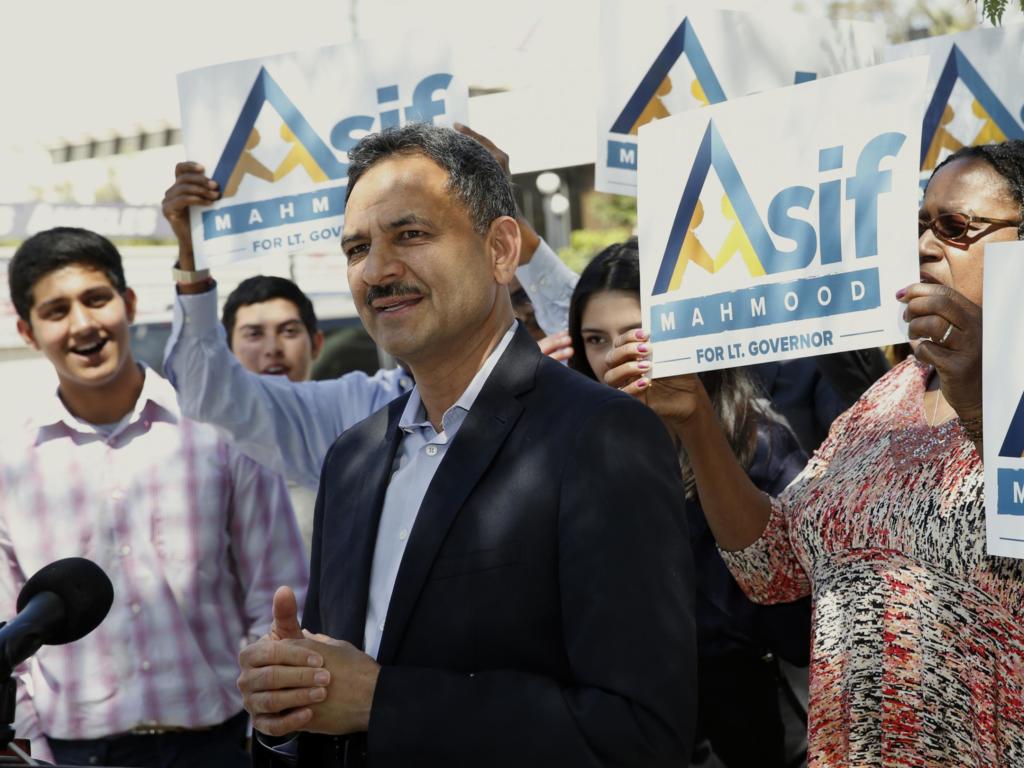 Mahmood, a Democrat, said he did not think his religion would be an obstacle in a state known for diversity.

Mahmood said his experience running a medical practice and volunteering at free clinics that treat poor populations gave him the credentials to campaign for health care reform.

He supports protecting Obamacare and expanding Medicare to cover everyone.

The lieutenant governor also has a seat on the board of regents of the 10-campus University of California. Mahmood said he would use it to influence higher education reform.

“I believe that education is the main asset that any nation can have, any society can have,” he said.

State Sen. Ed Hernandez, also a Democrat, is the only other declared candidate for lieutenant governor.

The field is sure to grow ahead of the November 2018 vote.