Sitara was a special kid from the start. Questioning everything around her, she was a difficult student to be satisfied. At the young age of 9, she passed her O Levels exams to become the youngest child in the world to achieve the feat.

In an ideal world, she would have been praised and supported by the government of Pakistan and civil society alike. But Sitara Brooj Akbar belongs to the Ahmadiyya Muslim Community. She wouldn’t go out of her house unless surrounded by two armed guards.

She had to leave Pakistan due to the continuous threat to her life for being an Ahmadi Muslim. Hence, a brilliant student and a great human being was chased out of the country.

Sitara is not the only child, and her family is not the only one that had to leave the country. There are thousands of such families belonging to the Ahmadiyya Islamic sect who were either chased out or voluntarily chose to settle abroad due to depleting tolerance and growing hatred towards the community. 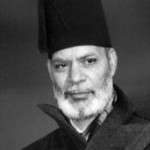 The contempt and loathing for Ahmadis in modern day Pakistan dates back to ’53 when violent protests erupted in Lahore against them. Led by famous religious scholars of that time, rioters demanded removal of Sir Zafarullah Khan – an Ahmadi foreign minister and a close associate of Jinnah – and the removal of Ahmadis from all top government posts, along with the formal excommunication of the community.

Their demands were finally met in 1974 when all religious parties combined and passed the 2nd amendment through National Assembly unanimously – declaring Ahmadis non-Muslims.

There was no stopping these parties after that. Zia added the misery of Ahmadis by promulgating Ordinance XX – under which Ahmadis were barred from using Islamic terms and titles, using Islamic texts for prayers, calling their worship place ‘Masjid’ or even greeting others in the Islamic way. Ahmadis today are the most persecuted religious minority of Pakistan. 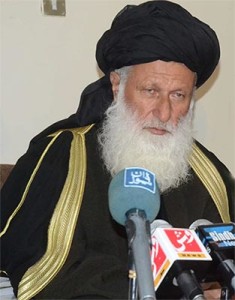 Adding to the suppression, Maulana Sheerani, Chairman Council of Islamic Ideology, in his latest statement to the press announced that he intended to discuss three important issues in the meetings.

1. Deciding whether Ahmadis are non-Muslims or murtids (apostates)

3. Determining which sects fall under Islam

At a time when Pakistan is said to be fighting a final war against terror, extremism and radicalization, when our forces and civilians are sacrificing their lives, the Chairman CII has decided to reopen what the state is said to have been trying to close.

Ahmadis have faced persecution and oppression of the worst magnitude. And with statements like these, what is Maulana trying to imply? Everyone knows the punishment of an apostate is death in Islam. Does he want all Ahmadis hanged? Although the position of Council is just a ceremonial one and has nothing to do with the law, even passing such remarks can provoke the religious zealots to kill people. Is Maulana Sheerani trying to incite genocide of Ahmadis?

Under these circumstances, CII Chairman wants to debate which sects fall under the umbrella of Islam. Any sane person with a bit of concern about the country’s prevailing situation would know how vile the statement sounds.

Lastly, he desires to impose jizya on non-Muslims. They are already considered third-rate citizens here. With such despicable demands, Maulana Sheerani doesn’t help but make things worse for them.

Pakistan is a democratic state and a democratic state treats all its citizens equally, irrespective of their cast, creed, religion or ethnicity. Pakistan has been wrecked by religious intolerance, jihadism and religious terrorism. Instead of finding a way forward, Council of Islamic Ideology wants to impose medieval laws that have nothing to do with modern statecraft.

The recent statements by Chairman CII are deplorable and must be condemned by all. Maulana Sheerani also needs to realize if he wants to stay relevant, he needs to stop passing such controversial remarks on a regular basis.