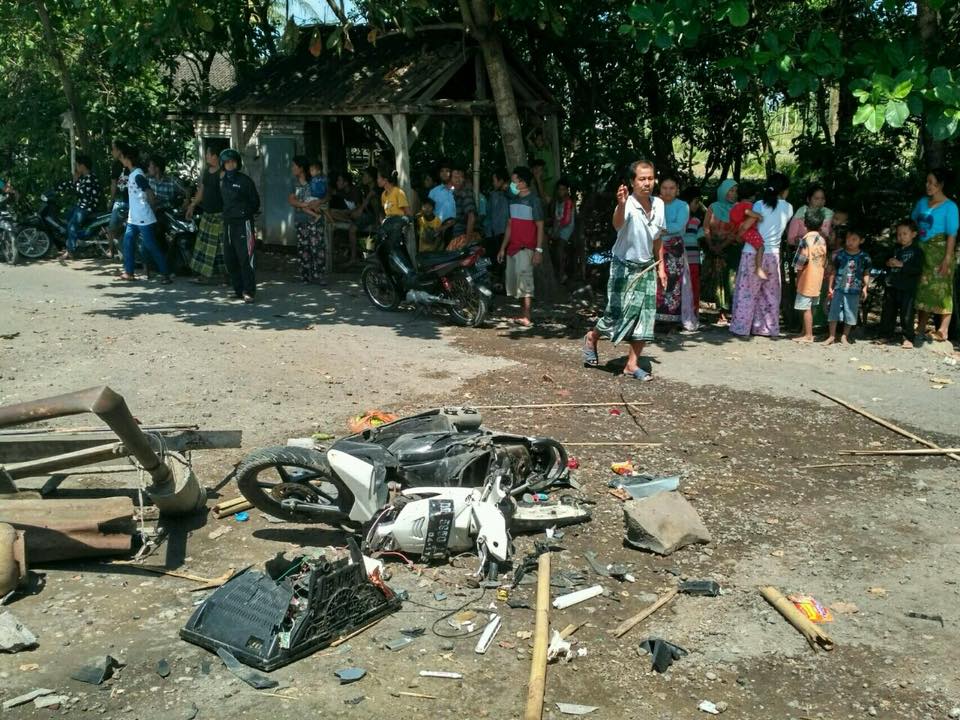 An enraged Indonesian mob attacked and destroyed the houses of the ‘heretical’ Ahmadiyya community on Saturday afternoon. The mob sought to expel the Ahmadis from Greneng Village, in East Lombok regency of Indonesia.

The mob attacked did not result in any deaths, however, houses and motorcycles belonging to the Ahmadi families were destroyed, Seven families comprising of 24 individuals were forced to seek shelter at the East Lombok Police headquarters.

Those affected by the attacks claim that at least one house was destroyed in the presence of the Police.

In a press statement, the Ahmadiyya community in Indonesia claimed that:

“The police have yet to arrest the perpetrators. It’s the Ahmadi community who was taken to the police station instead – most of them are mothers and children,” Ahmadi community spokesman Saleh told the local media on Sunday.

The incident in East Lombok is not the first of its kind, similar attacks have occurred in West Nusa Tenggara area, a sizeable community of Ahmadis from the area has lived as refugees for the past 10 years after being been expelled from their homes.

The destruction of houses and the expulsion of Ahmadis happened after the local residents objected to the use of Ahmadiyya congregation house as a place of study for local children.