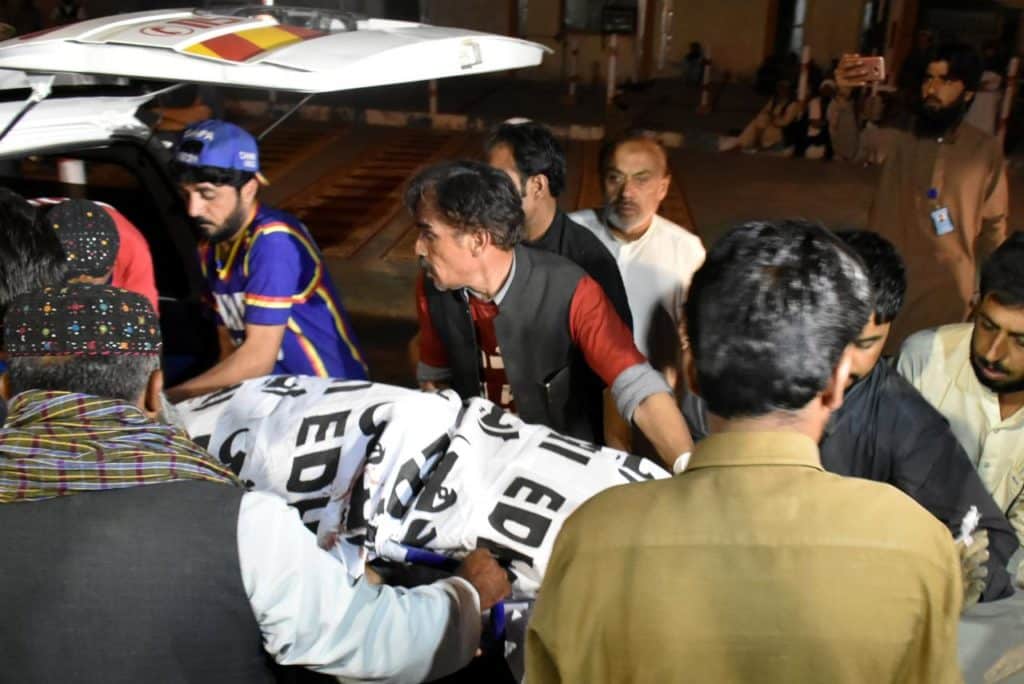 Four members of a Christian family were gunned down in southwestern Pakistan on Monday, police said, in the latest attack on the minority community.

The family was traveling in a rickshaw when armed men on a motorcycle intercepted them and opened fire in Quetta city, the capital of Baluchistan province.

A woman was rushed to the hospital. Her father and three cousins were killed.

“It appears to have been a targeted attack,” provincial police official Moazzam Jah Ansari told Reuters. “It was an act of terrorism.”

The attack comes a day after Pakistan’s Christian community celebrated Easter on Sunday. Around 2 percent of Pakistan’s population are Christians.

Minority religious festivals are a security concern in the majority Sunni Muslim country where there have been a number of high casualty attacks on Christians and Shi’ite Muslims.

Baluchistan, a region bordering Iran as well as Afghanistan, is plagued by violence by Sunni Islamist sectarian groups linked to the Taliban, al Qaeda and Islamic State. It also has an indigenous ethnic Baloch insurgency fighting against central government.

In December, a week before Christmas, two suicide bombers stormed a packed Christian church in southwestern Pakistan, killing at least 10 people and wounding up to 56, in an attack claimed by Islamic State.

The family killed on Monday had come to visit relatives in Quetta’s Shahzaman road area, where a large number of the city’s Christian community lives.

Rome’s ancient Colosseum was lit in red for an evening in February in solidarity with persecuted Christians, particularly Asia Bibi, a Catholic woman who has been living on death row in Pakistan since 2010, when she was condemned for allegedly making derogatory remarks about Islam.