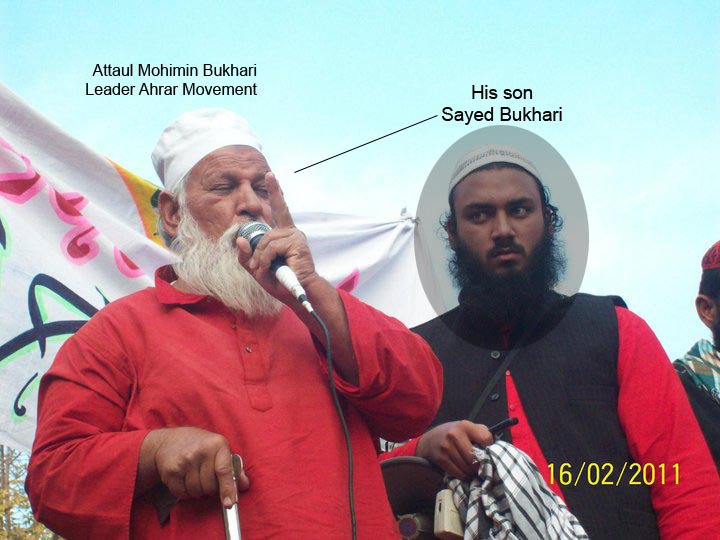 KhatmeNabuwat was founded in 1880’s for the purpose of cornering ahmadis but the main turn for the movement came in 1934 when Majlis Ahrar arranged a big gathering called Tahafuz-e-Khatm-e-Nabuwat Conference which was led by Attaullah Shah Bukhari.

The Working Committee of the Majlis-i-Ahrar disapproved of the Pakistan plan, and so did the founder of Jammat-e-Islami Moulana Modudi.

One of the leaders of Majlis-e-Ahrar Maulana Mazhar Ali Azhar declared the founder of Pakistan Quaide Azam an infidel or “Kafir” .

After the creation of Pakistan all the parties came together under the name of Kul Jamaati Majlis-e-Aml Tahafuz-e-Khatm-e-Nabuwat.The movement launched countrywide campaigns and protests against ahmadis resulting in a ban on Majlis-e-Ahrar in 1954.

In 1976, the Khatm-e-Nabuwat people also set up a mosque and a seminary in the jurisdiction of Rabwah to show their impact.

In 1985, Maulana Manzoor Ahmad Chinioti and Abdul Hafeez Makki and other clerics also launched a separate organization titled International Khatm-e-Nabuwat Conference to further corner Ahmadis and force them to follow the legal sanctions of 1984.

Now the both the mosque setup by Khatmenabuwat in the vicinity of Rabwah in 1976 and another setup by MajliseAhrar just outside the boundary of Rabwah regulalrly preach hate against ahmadis with wall chalking and protests.

Earlier this year in February Majlis-e-Ahrar organized a protest in which made its way through Rabwah and stopped just by the end of the main bazaar where Ataul Mohmin Bukhari addressed the protestors where he urged the protestors to kill Infidels or “Kafirs”. During the protest flags of SSP (Sipahe Sahaba) a banned terrorist outfit were clearly visible. 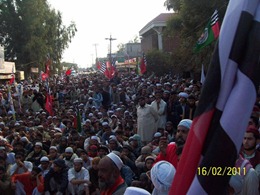 The same SSP flags have been flown in protests held in support of the blasphemy law. The same protests after which Governor of Punjab Salman Taseer was murdered by his own bodyguard and the killer was praised by all the religious parties. During the protests support for Jammat ud Dawa was clearly visible, Jammat ud Dawa has been declared a terrorist front group by the UN. 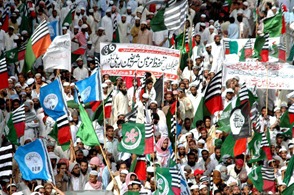 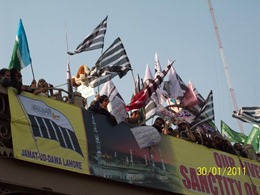 The united Majlis e Ahrar and Khatme Nabuwat seem to be working only for one goal which is to harass  Ahmadis. As the only message they seem to preach is of hatred against ahmadis declaring them Kafir and deserving of death. 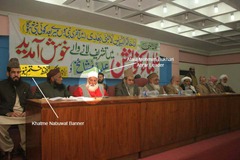 Its just not that the leaders are preaching hatred, it has also affected young minds as the facebook profile of the son of Mr Ataul Mohmain Bukhari (leader Majlis e Ahrar) proudly portrays Osama Bin Laden’s Picture & what seems to be a Jihadi brandishing a Machinegun on his facebook profile. 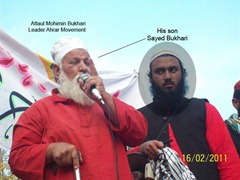 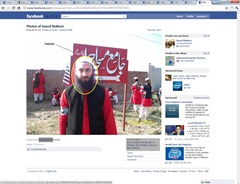 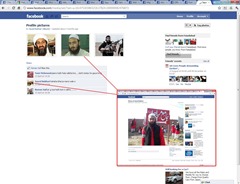 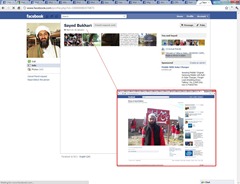 While KhatmeNabuwat Magazine’s website declares apostates to be killed unless they convert back. While another banner by KhatmeNabuwat calls for the boycott of Telenor which is also questionable. 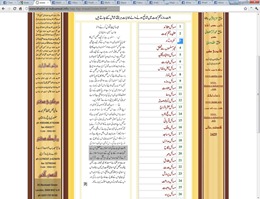 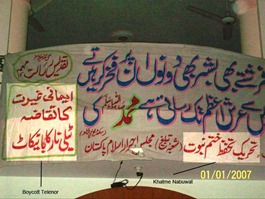 Khatme Nabuwat protest in support of Blasphemy Law and against then Governor of Punjab Salman Taseer. 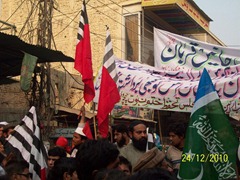 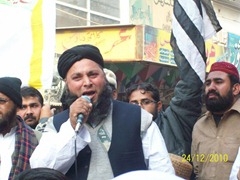 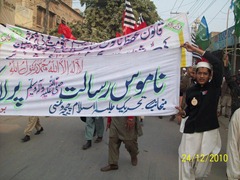 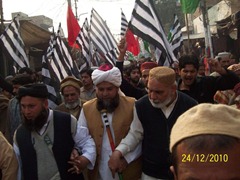 One of the resolutions passed by the Working Committee of the Majlis-i-Ahrar which met at Delhi on 3rd March, 1940, disapproved of the Pakistan plan, and in some subsequent speeches of the Ahrar leaders Pakistan was dubbed as ‘Palidistan’.